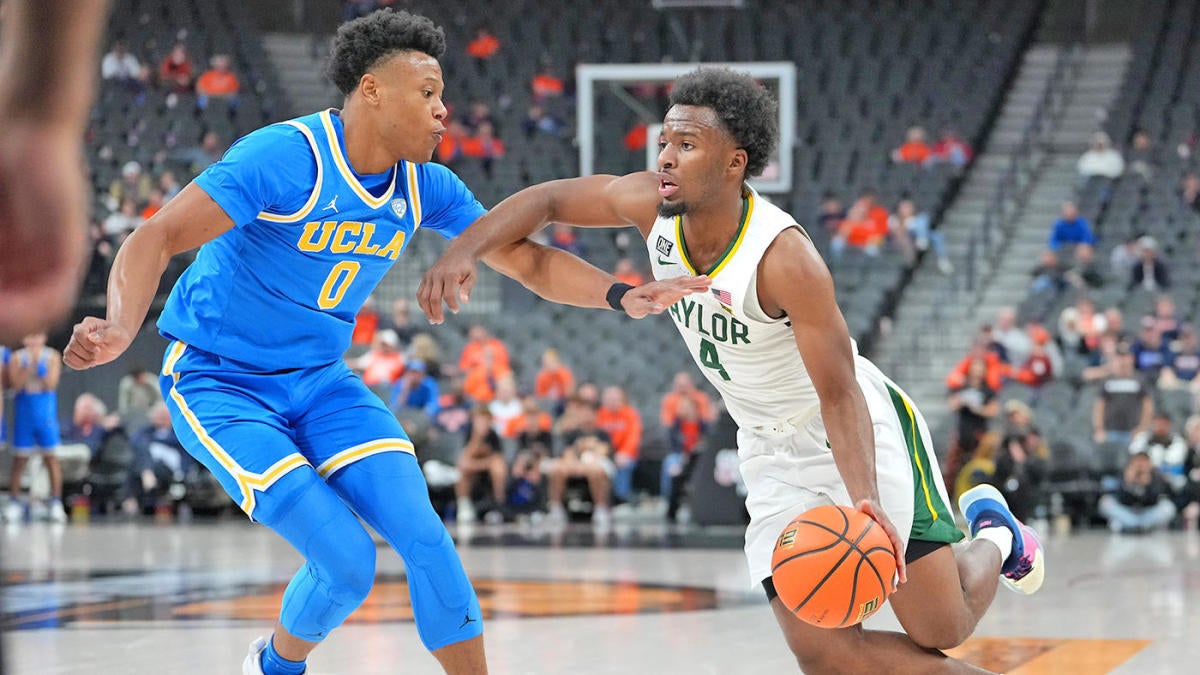 The No. 6 Baylor Bears will be looking for another impressive road victory when they face the Marquette Golden Eagles on Tuesday night. Baylor knocked off then-No. 8 UCLA during the Continental Tire Main Event nine days ago before blowing out McNeese State last Wednesday. Marquette is on a two-game winning streak of its own, beating Georgia Tech and Chicago State in its last two games.

Tip-off is set for 8:30 p.m. ET. The Bears are favored by 6 points in the latest Marquette vs. Baylor odds from Caesars Sportsbook, while the over/under is set at 154. Before entering any Baylor vs. Marquette picks, you’ll want to see the college basketball predictions from the model at SportsLine.

The SportsLine Projection Model simulates every Division I college basketball game 10,000 times. Over the past six-plus years, the proprietary computer model has generated more than $1,500 for $100 players on its top-rated college basketball picks against the spread. Anybody who has followed it has seen profitable returns.

Why Marquette can cover

Marquette is coming off an 82-68 win over Chicago State on Saturday, which was its third game in a six-day stretch. The Golden Eagles forced 20 turnovers and scored 35 fast-break points, with Olivier-Maxence Prosper leading the way with 18 points and 11 rebounds. They led by seven points at halftime and scored the first 10 points of the second half to put the game away.

Sophomore guard Kam Jones leads a balanced lineup with 13.3 points and 3.7 rebounds per game, while Prosper is adding 12.7 points and 5.4 boards. Junior forward Oso Ighodaro and sophomore forward David Joplin are each averaging 10.7 points. Marquette has won 10 straight games at home and has only lost one of its last six games against the spread.

Why Baylor can cover

Baylor has been one of the top offensive teams in college basketball so far this season, scoring at least 79 points in all six of their games. The Bears notched an impressive win against then-No. 8 UCLA before blowing out McNeese State their last time out. Keyonte George scored 17 points and LJ Cryer added 16 in a game where Baylor outshot McNeese State 60% to 32.1% after halftime.

Cryer leads Baylor with 17.7 points per game, while Adam Flagler is scoring 17.0 points and dishing out 7.2 assists. George is also in double figures, averaging 14.8 points and 4.2 rebounds. Baylor has been dominant against the Big East in recent seasons, winning 13 of its last 14 games.

How to make Baylor vs. Marquette picks

The model has simulated Marquette vs. Baylor 10,000 times and the results are in. The model is leaning Under, and it’s also generated a point-spread pick that is hitting in well over 50% of simulations. You can only see the pick at SportsLine.

So who wins Baylor vs. Marquette? And which side of the spread hits well over 50% of the time? Visit SportsLine to see which side of the Marquette vs. Baylor spread to jump on, all from the advanced model that is up over $1,500 on its college basketball picks the last six years, and find out.