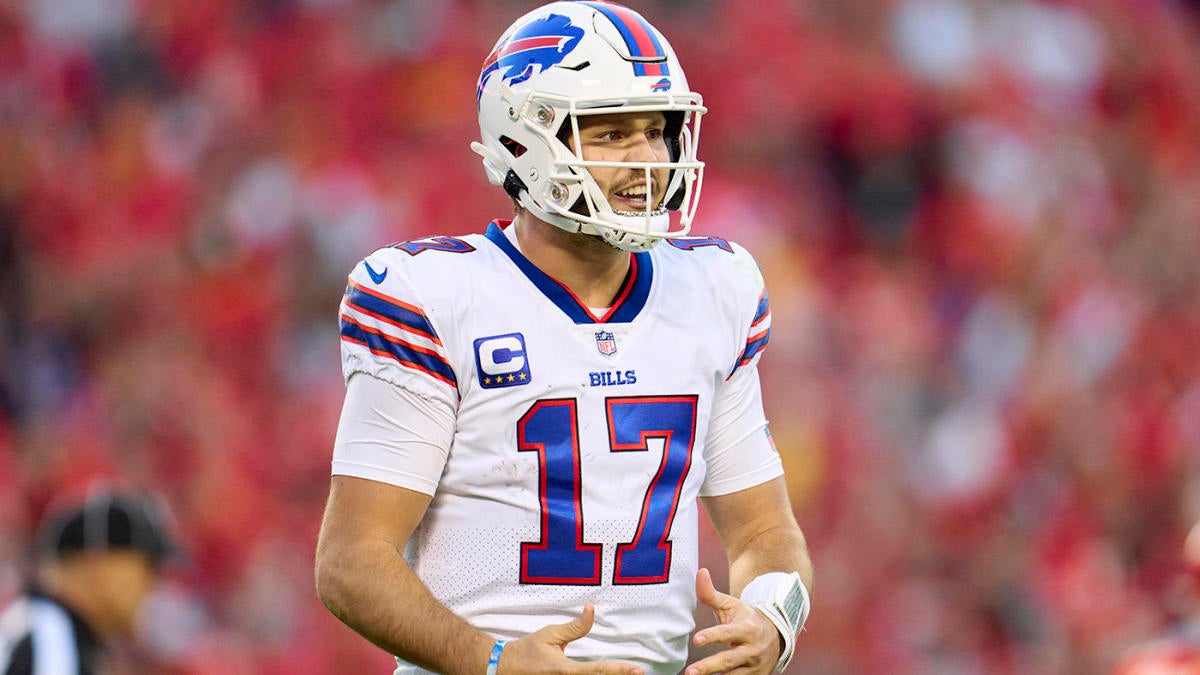 Good morning to everyone but especially to…

Last season, the Buffalo Bills couldn’t stop the Kansas City Chiefs when they needed to most. But they’re tired of hearing about last season. This is a new season, and they proved it Sunday.

Josh Allen threw an absolutely perfect game-winning touchdown to Dawson Knox with just over one minute remaining, and Taron Johnson intercepted Patrick Mahomes on the ensuing drive as Buffalo pulled out a thrilling 24-20 win.

Week 6 is far from the be-all and end-all. Last year, the Bills went to Kansas City in Week 5 and won 38-20, and we know what happened in the playoffs. But it’s hard to get a more impressive regular-season win than this, and the Bills will certainly cherish it as they head into their bye week.

… AND ALSO A GOOD MORNING TO THE PHILADELPHIA EAGLES

Great football teams aren’t great because of how they look when things are going well. It’s about how they respond when things are going poorly. Sunday night, the Eagles saw their 20-0 lead shrink to 20-17 early in the fourth quarter, only to respond with a statement drive: 13 plays — the first 11 of which were rushes — for 75 yards, taking over seven minutes and resulting in a Jalen Hurts touchdown pass to DeVonta Smith.

The Cowboys never threatened again, and Philadelphia moved to 6-0 with a 26-17 win.

Not so honorable mention

Yankees force Game 5; Down go the Dodgers and Braves ⚾

Two teams, two seasons on the line, one very big night in the Bronx. The Yankees topped the Guardians, 4-2, setting up a decisive Game 5 tonight. The Yankees led 3-0 through two innings thanks to an early RBI single by Anthony Rizzo and a two-run home run by Harrison Bader.

Gerrit Cole pitched seven strong innings, allowing two runs on six hits with eight strikeouts. One of those runs came via a home run from Josh Naylor, who was not afraid to celebrate as he rounded the bases.

The NL Championship Series, meanwhile, is already set. The Phillies hammered their way past the Braves with an 8-3 Game 4 win Saturday shortly before the Padres advanced past the Dodgers with a 5-3 Game 4 win. It sets up a fascinating NLCS, which starts tomorrow night, so we’ll have more in tomorrow’s newsletter! One thing’s for sure, though: San Diego’s and Philadelphia’s stars have shined.

As for the surprising series losers…

Tennessee moves to No. 3 after wild win over Alabama 😲

There’s something special brewing in Knoxville, and there’s plenty of history being rewritten to prove it. Tennessee topped Alabama 52-49 in an instant classic on Saturday night.

Volunteers kicker Chase McGrath knocked through a wobbly 40-yard field goal as time expired, just three plays after Alabama’s Will Reichard missed a potential go-ahead 50-yard field goal. Moments after the kick was made, there was a field storming for the ages.

The Volunteers are also back… in the top five of the AP Poll for the first time since 2005. Here’s the entire top 10 of the latest poll:

Here are more top storylines from a wild CFB weekend:

Fighting for the first time since losing to Tyson Fury over a year ago, Deontay Wilder made his return heard loud and clear with a first-round knockout of Robert Helenius. It was the 21st knockout of Wilder’s career, and, even at 36, his hammer of a right hand remains as dangerous as ever, writes boxing expert Brent Brookhouse.