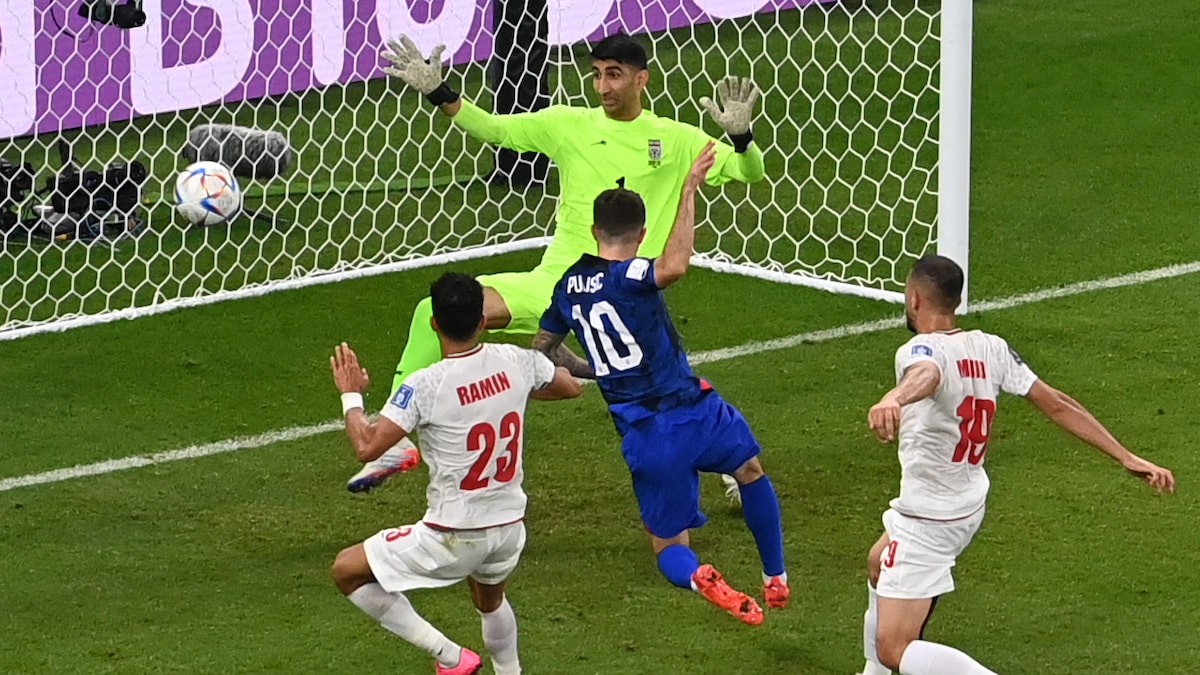 Christian Pulisic fired the United States into the last 16 of the World Cup on Tuesday as the Americans downed Iran 1-0 in their politically charged grudge match. Chelsea star Pulisic bundled home the do-or-die Group B game’s only goal on 38 minutes to set up a second round clash with Group A winners the Netherlands on Saturday. The victory was no less than US coach Gregg Berhalter’s youthful side deserved in what was only the third international football clash between the bitter ideological rivals.

The build-up to a pulsating showdown had been marked by steadily escalating tension, with Iran’s Football Federation on Sunday demanding FIFA sanction US Soccer for posting a modified version of their country’s flag on social media.

But despite an electrifying atmosphere at Doha’s Al Thumama Stadium, Tuesday’s game played out without controversy as the US avenged their 1998 World Cup defeat to Iran to send the Asian qualifiers crashing out of the tournament.

Iran’s fans had roared their team onto the field at the start of the game amid a deafening cacophony of air-horns and cheers from the crowd of 42,127.

But despite the intimidating reception it was the Americans who looked more comfortable, quickly establishing their dominance.

The US signalled their attacking ambition after only two minutes, Pulisic surging forward menacingly before being dispossessed.

That was a shape of things to come as they laid siege to the Iranian goal.

Valencia midfielder Yunus Musah shot over the bar and Pulisic just failed to get enough power on a header after a cross from Antonee Robinson.

Fullback Sergino Dest was a constant threat down the right flank for the Americans, whipping a cross over in the 17th minute that Iran goalkeeper Alireza Beiranvand could only parry.

After sustained US pressure, the breakthrough finally came in the 38th minute.

A brilliant crossfield pass from McKennie picked out Dest down the right.

The AC Milan defender headed back across goal and Pulisic was on hand to bravely finish.

There was alarm for US fans with Pulisic needing sustained treatment after a heavy collision with Beiranvand but it was the Iranians and their noisy fans who were left winded by the goal.

The crowd instantly became more subdued and the US twice came close to doubling their lead before half-time.

Then in injury time McKennie’s sublime pass found Weah who finished brilliantly past Beiranvand only to be ruled just offside.

Knowing that an equaliser would send them into the second round, the Iranians stepped up the pressure in the second half.

But substitute Saman Ghoddos squandered two gilt-edged chances to get his team into the match, heading over from close range before blazing a shot over the bar on the 65th minute with the whole goal to aim at.

Saeid Ezatolahi curled a long-range shot over the bar soon afterwards as the Americans continued to live dangerously.

Iran threatened again inside the final 10 minutes when Ali Karimi just failed to get on the end of a teasing cross by Ezatolahi.

A diving header from Morteza Pouraliganji whistled just wide in injury time and then Mehdi Taremi had calls for a penalty after a tangle with Cameron Carter Vickers waved away as to leave American nerves jangling before their team hung on for a famous win.

(Except for the headline, this story has not been edited by NDTV staff and is published from a syndicated feed.)