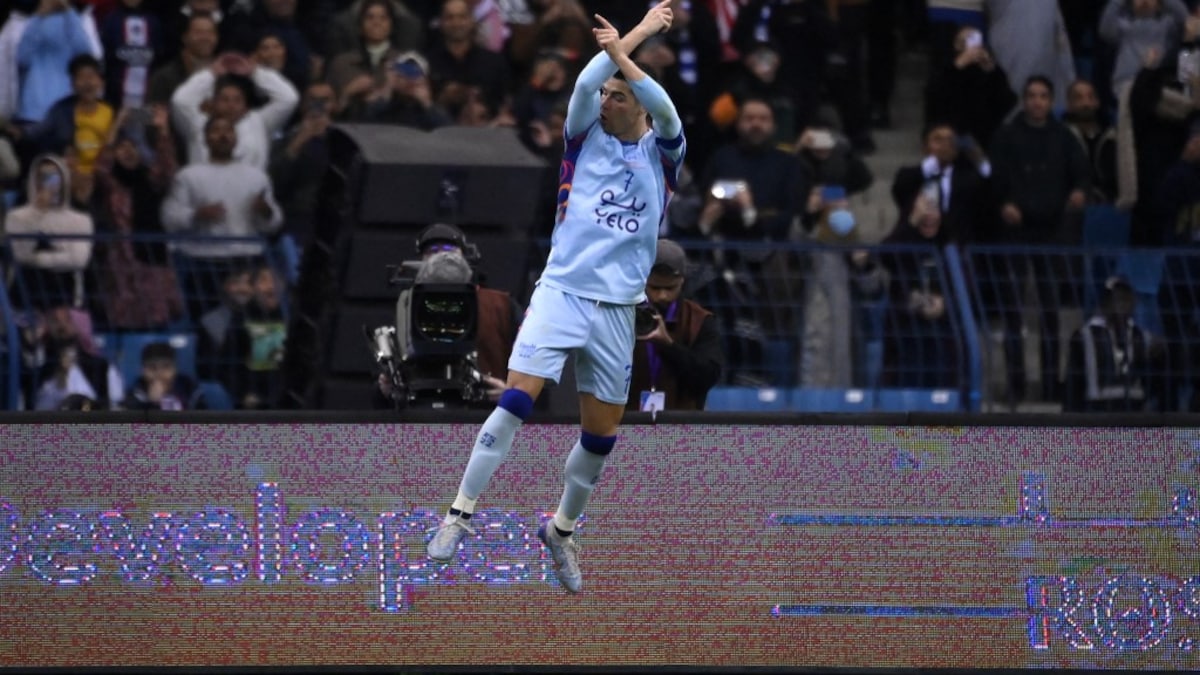 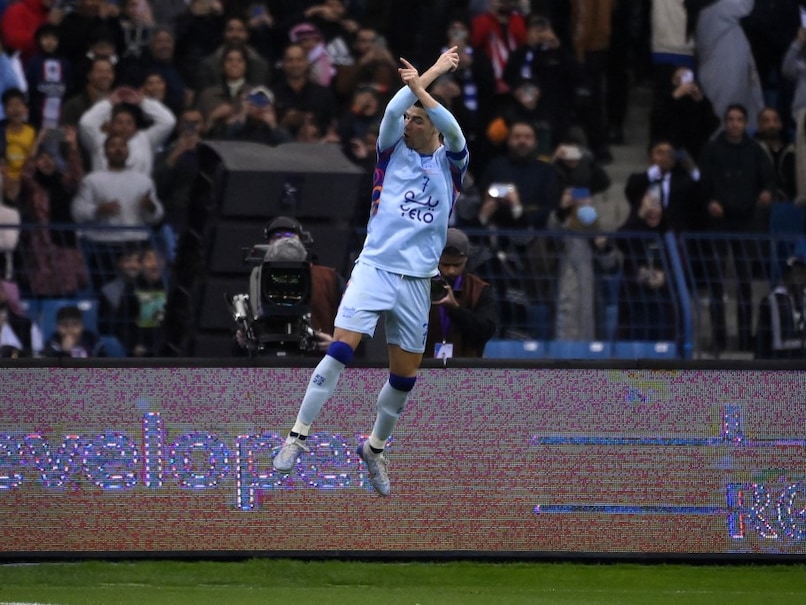 Cristiano Ronaldo stole the show with his first-half brace for the Saudi all-star side.© AFP

A 10-man Paris Saint-Germain (PSG) defeated Riyadh XI 5-4, but it was Cristiano Ronaldo who stole the show with his first-half brace for the Saudi all-star side. Ronaldo, who will make his Saudi Pro League debut for Al Nassr on Sunday after signing a potential USD 200 million deal, captained the Saudi Season Team, comprising of players from his new club Al-Nassr and local rivals Al-Hilal against a star-studded PSG side. Ronaldo scored twice to cancel out strikes from Lionel Messi and Marquinhos in the first-half.

Ronaldo, 37, was decked by PSG ‘keeper Keylor Navas’s flailing fist but he drilled the resulting penalty and then added another on the stroke of half-time.

PSG were reduced to 10 men after Juan Bernat was shown a straight red card for a tackle on Salem Aldawsari, who had scored the winner for Saudi Arabia against Argentina in the World Cup last year.

In the second half, Mbappe put PSG back in front, turning his marker inside-out and laying on an easy finish for Sergio Ramos, before Hyun-soo Jang found a third equaliser for the hosts.

But Mbappe thumped home a penalty and Hugo Ekitike scored to make it 5-3 before Brazilian striker Talisca grabbed the Riyadh team’s fourth goal at the death.

It was the first outing in oil-rich Saudi for Ronaldo, who will make his Saudi Pro League debut for Al Nassr on Sunday after signing for more than 200 million euros, according to a source close to the club.

The veteran Portuguese star will be paid an additional 200 million euros, the source told AFP, to be an ambassador for Saudi Arabia’s expected 2030 World Cup joint hosting bid with Egypt and Greece.