Djokovic Is No ‘Villain’, Took Me 10 Years To Get Over Cheat Storm: Azarenka 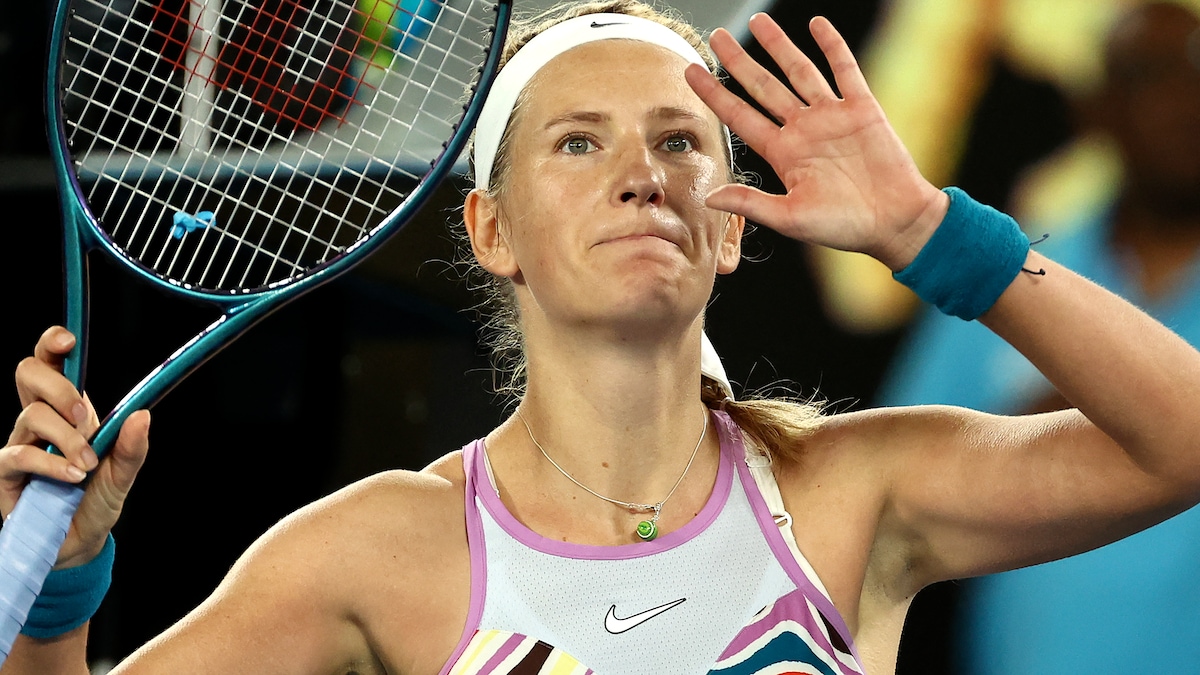 Victoria Azarenka said it took her 10 years to get over being accused of cheating when she last won the Australian Open, and defended Novak Djokovic who has been accused of dramatising his injury during this year’s tournament. The 33-year-old two-time champion rolled back the years at Melbourne Park on Tuesday night, dismissing Jessica Pegula 6-4, 6-1 to reach the semi-finals for the first time since 2013. During her run to the second of her back-to-back Australian titles that year, Azarenka took a nine-minute medical timeout in the semi-final against Sloane Stephens after failing to convert five match points.

Azarenka went on to turn the match around and eventually lift the trophy, but she had to defend herself from accusations of gamesmanship and cheating.

The Belarusian revealed later she had suffered a panic attack on court and couldn’t breathe, which caused the long delay.

Azarenka said Tuesday she had only just learned how to cope with self-doubts and anxiety during matches, which can be overwhelming, and only recently got over that “worst” moment of her career.

“It was one of the worst things I have ever gone through in my professional career, the way I was treated after that moment, the way I had to explain myself until 10.30pm at night because people didn’t want to believe me,” she told reporters.

“I actually can resonate what Novak said the other day,” she added, referring to Djokovic hitting back about comments on his hamstring injury.

The 35-year-old Serb looked hampered and in pain in his early matches, with a heavily bandaged leg.

But the nine-time champion seemed unhindered as he raced past Australia’s Alex De Minaur and into the quarter-finals on Monday for the loss of just five games.

Djokovic told Serbian media he was fed up with suggestions that he might have faked the injury — and that such slurs only motivated him more.

Djokovic, who plays Russian fifth seed Andrey Rublev in the men’s singles quarter-finals on Wednesday, said this week he was an “easy target to be the villain”.

“There is sometimes, like, I don’t know, incredible desire for a villain and a hero story that has to be written,” said Azarenka.

“But we’re not villains, we’re not heroes, we are regular human beings that go through so many, many things,” added the 24th seed after reaching her first semi-final at the Australian Open since 2013, where she will face Wimbledon champion Elena Rybakina.

She said the “assumptions and judgements” meant nothing “because nobody’s there to see the full story”.

“It didn’t matter how many times I said my story, it did not cut through,” Azarenka said.

“Actually it’s funny that you’re saying that because I was thinking about it. It took me 10 years to get over it. I finally am over that.”