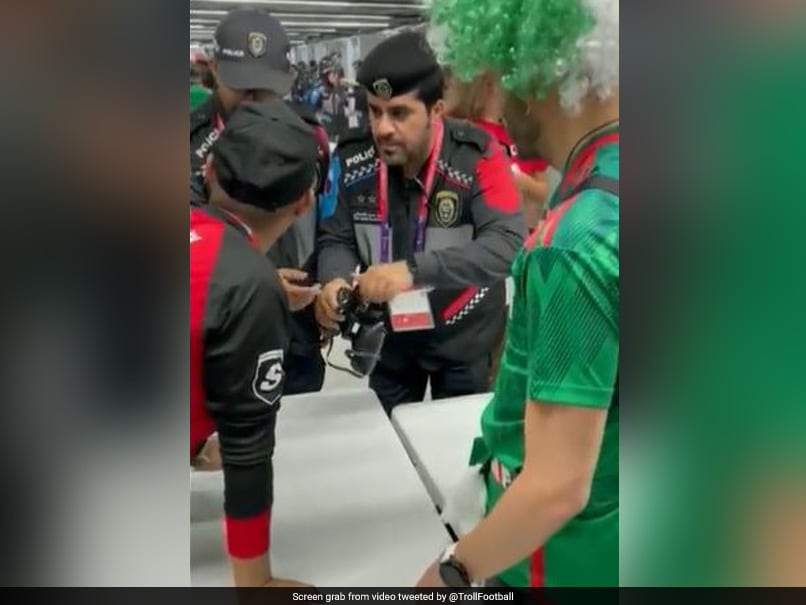 The FIFA World Cup chiefs, last week, banned beer sales around stadiums in Qatar in a stunning U-turn, just 48 hours before Sunday’s kickoff. Alcohol is largely prohibited in the Islamic nation but the organisers sparked fury from fans with their dramatic late decision. Football’s world governing body FIFA said beer would not be sold to fans around any of the eight World Cup stadiums following discussions with the hosts. It said beer sales would be focused on fan zones and licensed venues, “removing sales points of beer from Qatar’s FIFA World Cup 2022 stadium perimeters”.

For some fans, this news came as a dampner. However, for some genius fans, that decision meant to bring out their innovative side. In a video that has gone viral, a fan can be seen with a security guard, with the latter examining his binoculars. The guard first tries to look through the binocular and then unscrewed the lens, only to find that it is actually a container for fluids. The fan, on his part, was seen explaining that he was only carrying hand sanitiser in it. The video has gone viral.

A Mexico fan tried to to sneak in alcohol in binoculars and still got caught pic.twitter.com/2dpNqIqRf9

The FIFA officials have given no reason for the surprise decision to ban alcohol in stadiums but media reports said there had been an intervention by Qatar’s ruling family. World Cup chiefs on Friday banned beer sales around stadiums in Qatar in a stunning U-turn, just 48 hours before Sunday’s kickoff.

FIFA president Gianni Infantino said Saturday that World Cup fans can survive for three hours a day without beer after sales were banned around stadiums.

“I think personally if for three hours a day you cannot drink a beer, you will survive,” he told his opening press conference in Doha. “The same applies in France, Spain, Scotland.”