FIFA World Cup: How many goals does Neymar need to beat Pele’s record? 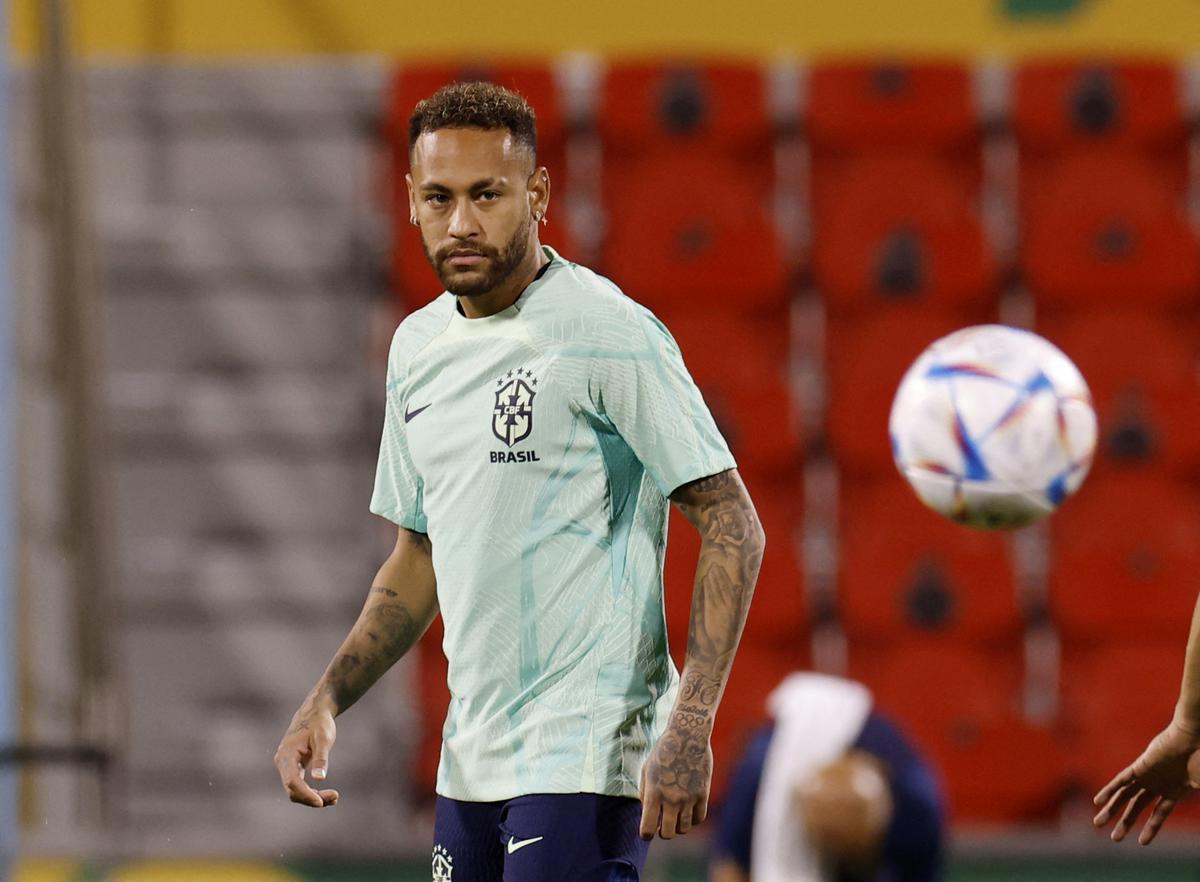 Neymar is not far from surpassing Pele as Brazil’s all-time top goalscorer and could achieve this feat in the ongoing FIFA World Cup in Qatar. The Paris Saint-Germain star is just three goals shy of breaking Pele’s record.

Pele has 77 goals in 91 games, while Neymar is second with 75 goals in 121. The 30-year-old’s most recent international goal came when he converted a penalty in Brazil’s 5-1 win in a friendly match against Tunisia on September 27, 2022.

READ MORE | How many goals has Ronaldo scored against Ghana for Portugal?

Neymar has featured in the two previous World Cups and has six goals – four in the 2014 edition in Brazil and two in 2018 in Russia.

Brazil, placed in group G, takes on Serbia in its campaign opener on November 25. The South American nation will also play Cameroon and Switzerland in the group stage.

Here are the top five goalscorers for Brazil: