Foden is someone who absolutely loves football, says Boothroyd who gave him his U21 debut

England ended its trepidation to qualify for the round of 16 in the FIFA World Cup after it beat Wales 3-0 at the Ahmed bin Ali Stadium on Tuesday.

After a fourth-place finish in 2018, the Three Lions – after a 6-2 win against Iran – was held to a goalless draw against the United States of America, attracting criticism about Gareth Southgate’s choice of substitutes.

One of the heroes of the win was Phil Foden – the Manchester City prodigy who had, so far, not started for England in the tournament.

Phil Foden is the epitome of somebody who absolutely loves football. You would see him playing in front of 100,000 people in the World Cup final and then you could also see him playing on the street, kicking a can around with his mates.

A defensive error by the Welsh defence saw Harry Kane get to the ball in the 52nd minute and his cross from the right was steered into the net by Foden, who scored his first FIFA World Cup goal in style.

The coach who gave him his under-21 debut, Aidy Boothroyd, told Sportstar that Foden was one of the most natural footballers he had ever come across.

What a night! Absolutely buzzin’ to score my first goal in the World Cup! ⚽️ Come on England! 🦁🏴󠁧󠁢󠁥󠁮󠁧󠁿 pic.twitter.com/3rYoSXzHOr

“Phil Foden is the epitome of somebody who absolutely loves football,” he said.

The 22-year-old, who made his senior team debut in 2020, has risen to be one of the most promising youngsters in Pep Guardiola’s City and has three goals and six assists, with the National team so far.

“That pure love for football, that’s why we all get involved in it and why I love it so much. He has that and it comes out in the way that he plays it. He also happens to be a brilliant footballer.

“He is a very impressive, humble guy who would go on to do great things, I’m sure,” added Boothroyd.

Aidy Boothroyd has been one of the most influential English youth coaches and replaced Southgate in the under-21 side after he joined the senior team as head coach.

Three of the eleven payers that started against Wales, in the last group stage match, have made debuts under Boothroyd – Jordan Pickford (U-20 debut), Jude Bellingham (U-21 debut) and Phil Foden (U-21).

Two of them have already found the net in Qatar 2022, with Bellingham scoring England’s opening goal of the tournament, against Iran.

“I think England is clearly blessed with some very, very talented players and at the same time, the clubs have done most of that work.

Southgate was subject to serious criticism after the draw against the United States, with the talented Trent Alexander-Arnold and Foden left out as unused substitutes.

‘Victory has many fathers but defeat is an orphan’

The win in the next game would come as a panacea for the Three Lions in Qatar and more importantly for Southgate, who signed a contract extension with the National team in November last year. 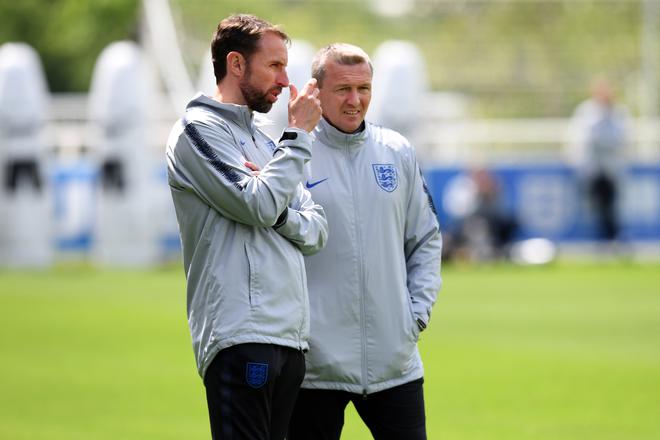 On being asked whether being an England FA manager is an impossible job, he smiles to reply, “It’s tough because every game is scrutinised. Everybody knows better than the managers, apart from when you’re winning.

“Victory has many fathers but defeat is an orphan. That’s the phrase that keeps getting thrown at me and as you get older and over the years you see the game evolve,” he said.

With England having six different goal-scorers in the World Cup so far, it will be interesting to see what attacking trio Southgate goes with, in the pre-quarterfinals.

Finishing on top of Group B after the win over rival Wales would just be the perfect boost for England, going into the round of 16, where it will face Senegal on December 5.