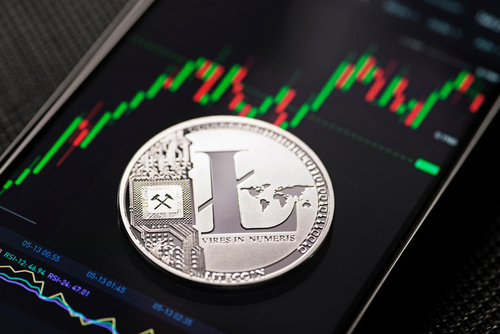 Litecoin has been underperforming over the last seven days and could record further losses before the end of the week.

LTC, the native coin of the Litecoin blockchain, has been underperforming over the last few days. The coin is down by more than 5% in the last seven days and has lost more than 2% of its value over the past 24 hours.

However, with LTC underperforming at the moment, what is the outlook after this latest dip?

What drove the Litecoin price to dip toward $50?

LTC is trading at around $51 per coin at press time. The cryptocurrency could record further losses and lose its support above the $50 psychological level over the next few hours.

Litecoin’s poor performance comes as the Litecoin Foundation announced on Tuesday, October 11th, that its MWEB feature will soon come to mobile phones.

MWEB is a privacy-preserving improvement on the Litecoin network. Essentially, MWEB makes Litecoin a sounder way to transact with as it doesn’t allow the person you’re paying (or, the person you’re receiving money from) to see how much money you hold in your address.

Since the launch of MWEB earlier this year, the feature has only been available for users that have Litecoin Core downloaded on their computer. However, according to David Burkett (MWEB Lead Developer), light-client adoption may be just around the corner.

What’s the outlook for the Litecoin price?

Litecoin has been underperforming despite the news that MWEB could soon be available for mobile users. The poor performance coincides with that of the broader cryptocurrency market.

The broader cryptocurrency market has lost nearly 2% of its value in the last 24 hours, and the total crypto market cap could drop below $900 billion if the momentum is maintained.

Litecoin could drop below $50 soon as the broader cryptocurrency market continues to underperform.

The LTC/USD 4-hour chart is currently bearish, as Litecoin has been underperforming over the last 24 hours.

The MACD line is below the neutral zone and continues to drop lower, indicating bearish momentum for Litecoin.

The 14-day relative strength index of 37 shows that Litecoin could enter the oversold region soon if the bears continue to control the market.

Litecoin could drop below $47 support level over the next few hours or days if the current momentum is maintained. However, the bulls should defend LTC around the $43 support level in the short term.

How to buy Litecoin?

eToro offers a wide range of cryptos, such as Bitcoin, XRP and others, alongside crypto/fiat and crypto/crypto pairs. eToro users can connect with, learn from, and copy or get copied by other users.

Bitstamp is a fully regulated company which offers users an intuitive interface, a high degree of security for your digital assets, excellent customer support and multiple withdrawal methods.