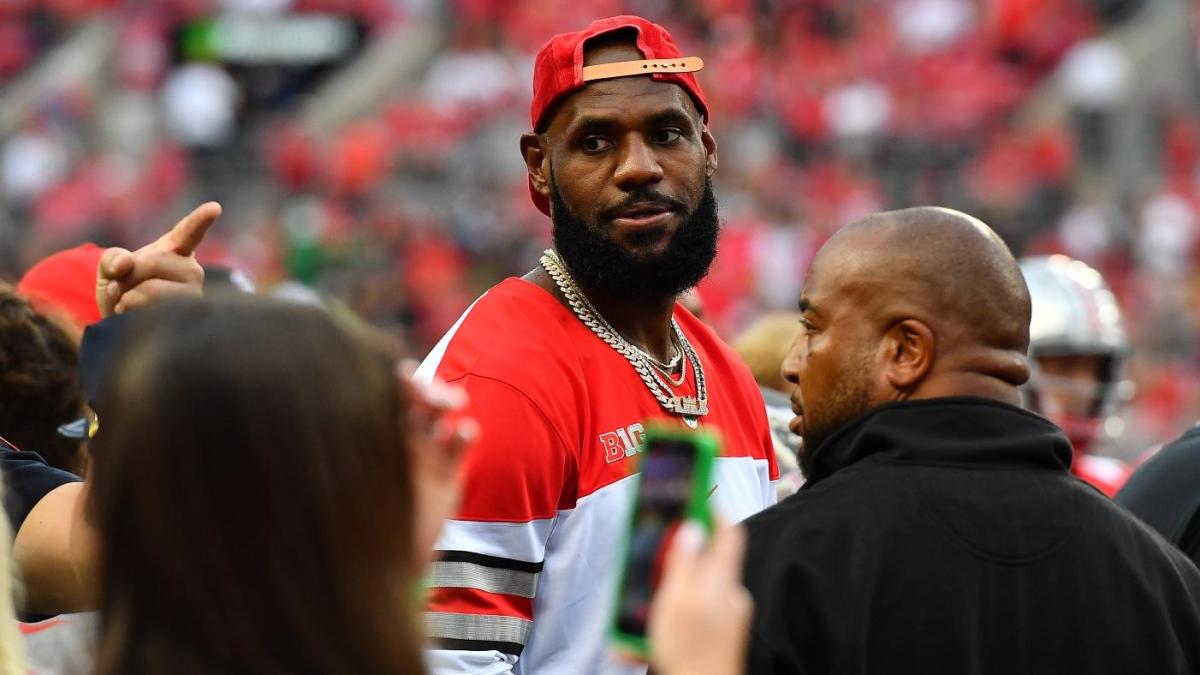 LeBron James may not be able to go to the marquee showdown between the No. 2 Ohio State Buckeyes and No. 3 Michigan Wolverines, but he will still make his presence felt. James, a longtime Ohio State fan, sent custom cleats to the Buckeyes.

On Wednesday, the official Ohio State football Twitter account posted photos of the cleats that James sent the team. They are the Nike Air Zoom Generation, James’ first signature shoe, in cleat form.

James chimed in on social media, saying that he had to make sure Ohio State looked good for a monumental clash against the Wolverines. He even avoided using the letter “M” in his tweet.

James, a native of Akron, Ohio, has been to several major Ohio State sporting events throughout the years, but he will have to miss this week’s rivalry clash with Michigan. James and the Los Angeles Lakers will be in San Antonio to play the Spurs.

With Ohio State and Michigan both at 11-0 on the season, the bitter rivals will play for a spot in the Big Ten Championship Game, as well as a likely spot in the College Football Playoff. After breaking an eight-game losing streak to Ohio State last season, Michigan will try to make it two in a row against the Buckeyes for the first time since 2000.

The Game kicks off from Ohio Stadium in Columbus at 12:00 p.m. ET this Saturday, and the Buckeyes will be sporting James’ cleats when they take the field.