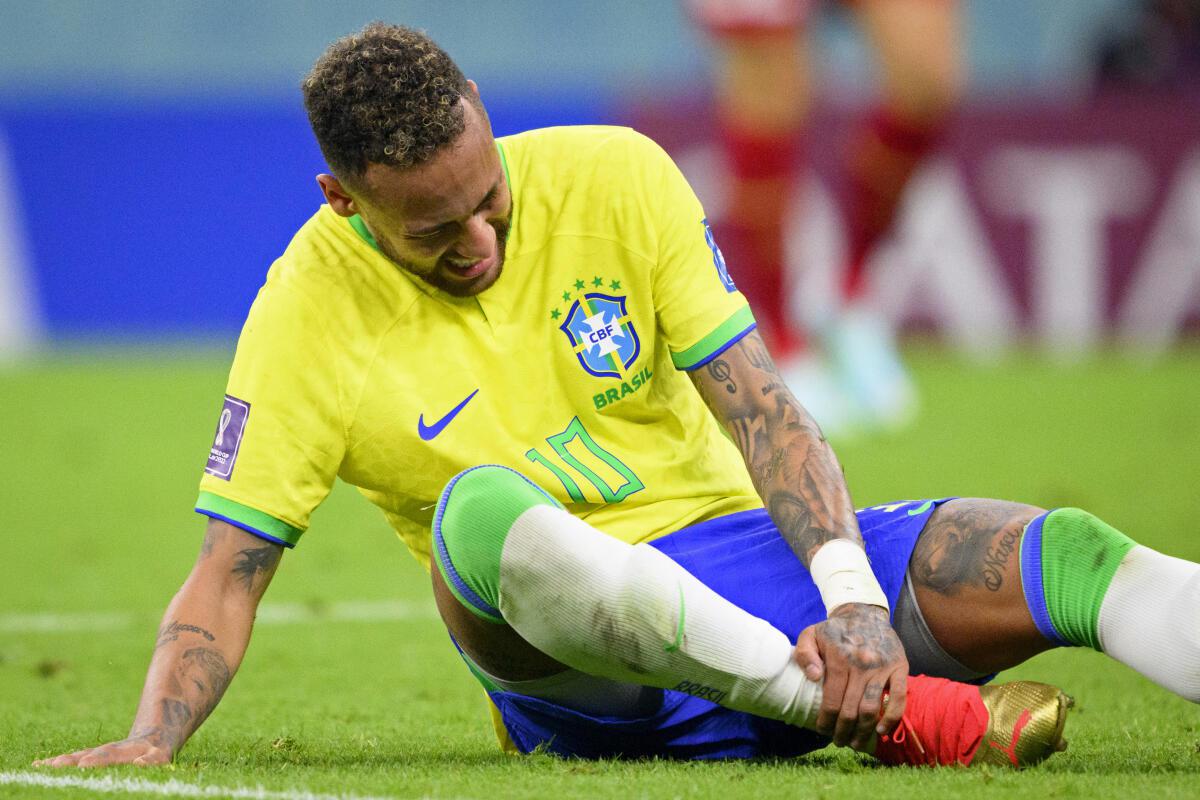 Brazil began its FIFA World Cup 2022 campaign with a comfortable 2-0 win over Serbia, courtesy of a second-half brace by Richarlison. But the victory was marred by Neymar’s injury.

The star forward suffered a right ankle injury after being tackled by Serbia’s Nikola Milenkovic. Brazil coach Tite replaced him with Antony with 11 minutes remaining in the match.

Neymar will undergo a scan to assess the extent of his injury.

The Paris Saint Germain star was pictured limping off the pitch, and his ankle was badly swollen. Neymar was seen in tears as he sat on the bench during the closing minutes before slowly hobbling back to the dressing room. Although the injury has made Neymar’s future at the World Cup uncertain, Tite said, “Don’t worry, Neymar will play the World Cup. He will keep playing, you can be sure about that”.

The 30-year-old had been subjected to rough tackling throughout the match and was fouled nine times by the Serbian defence.

Brazil team doctor, Rodrigo Lasmar, said, “We started immediate treatment on the bench. He continues with the physio, but now we need to wait 24-48 hours for a better assessment. He felt this pain throughout the game, but chose to stay on the pitch to help his team after his injury. It is remarkable that he did this.”