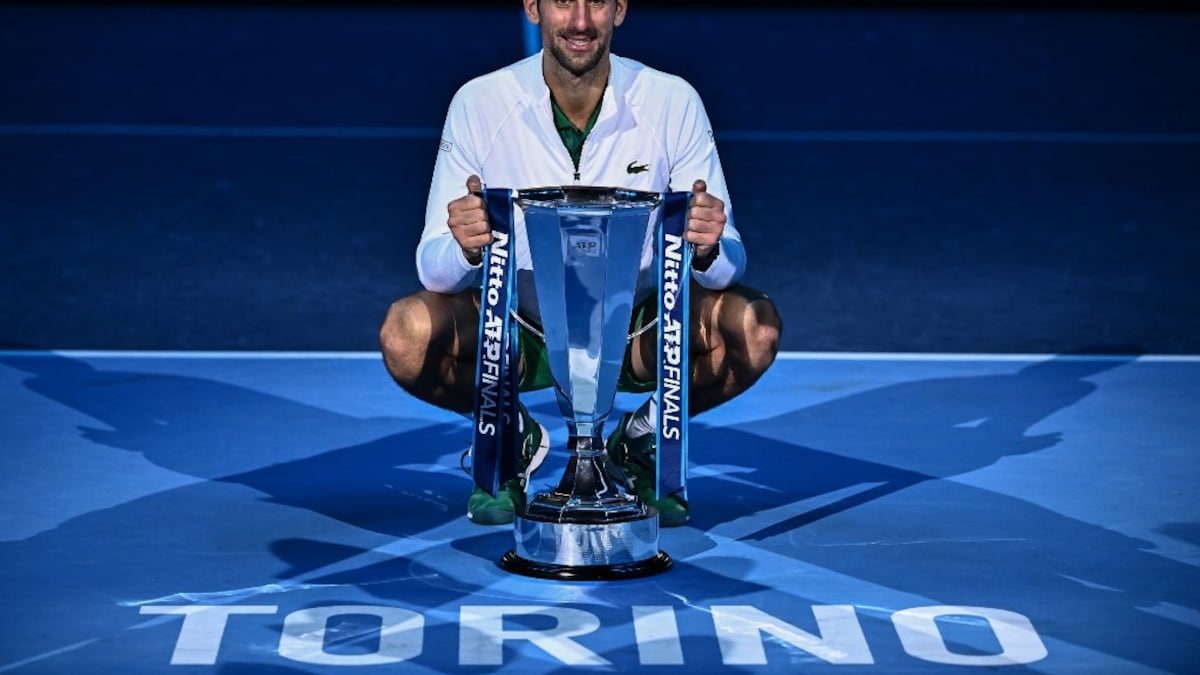 Novak Djokovic said  winning a record-equalling sixth ATP Tour Finals title on Sunday was a “deeply satisfying” ending to his troubled and truncated year. The Serb beat Norwegian Casper Ruud 7-5, 6-3 in Turin to match Roger Federer’s record of six titles in the year-ending tournament for the top-ranked players. The 35-year-old Serb, the oldest player to win the Finals, ended in style after a season in which he missed two majors because of his vaccine status.

“It feels deeply satisfying and, at the same time, a huge relief because of the circumstances that I have been through this year, situations earlier this year, of course, with Australia,” he said.

“We don’t need to go back. We know what happened.”

In January, Djokovic was detained and deported from Australia over his Covid non-vaccinated status and missed the Australian Open.

“That had an effect obviously on my start of the year. For the first several months, I was trying to find that balance game-wise but also mentally in order to be able to come back to the court and find that tennis level that I need.”

Djokovic was initially barred from returning to Australia before 2025 but earlier in the week the new government in Canberra said the nine-time Australian Open champion would be free to compete in January’s tournament.

“I don’t know what the future holds but I know that what I hold in my mind is a huge hunger still to win trophies,” said Djokovic.

The win in Turin, which also brings a cheque for $4.7 million, came seven years after his last ATP Finals victory and will lift him from eighth to fifth in Monday’s new rankings at the end of a season in which he also won Wimbledon. Carlos Alcaraz, who missed the finals injured, is number one.

“In my mind I always see myself as the best player in the world, of course,” he said.

“I’m not. I’m fifth. This week I probably am. Overall the rankings are showing who had the best year, and Alcaraz is the No. 1 in the world.”

Djokovic and his wife brought his eight-year-old son and five-year-old daughter to Turin.

“Extremely special for me,” he said. “I don’t get to have these moments on the tour with them so much.”

“I took both of my children, particularly my son, a lot to the tennis training sessions, warmups, matches. He was very loud, I must say. I was very surprised. I could hear his voice the entire time.”

“They both are now aware of what’s going on, what the father is doing.”

For the 23-year-old Ruud it was a third near-miss of the year. He also lost the finals of the French and US Opens.

“In the end it’s been disappointing to end up losing these big finals,” he said.

“Overall if you gave me an offer to end the year at No. 3, play the finals that I’ve played, at the first of January this year, I would probably sign the contract right away.”

“I’ve overachieved compared to my own mind, so I’m very happy about that.”

Ruud has never taken a set from either Djokovic or his French Open final conqueror Rafael Nadal.

“They have this sort of ability in them to step up when they really have to that I don’t have,” Ruud said. “They always seem to win the close points, the close sets.”

The American Rajeev Ram and Britain’s Joe Salisbury took the doubles title with a 7-6 (7/4), 6-4 win over the Croatian pair of Nikola Mektic and Mate Pavic.