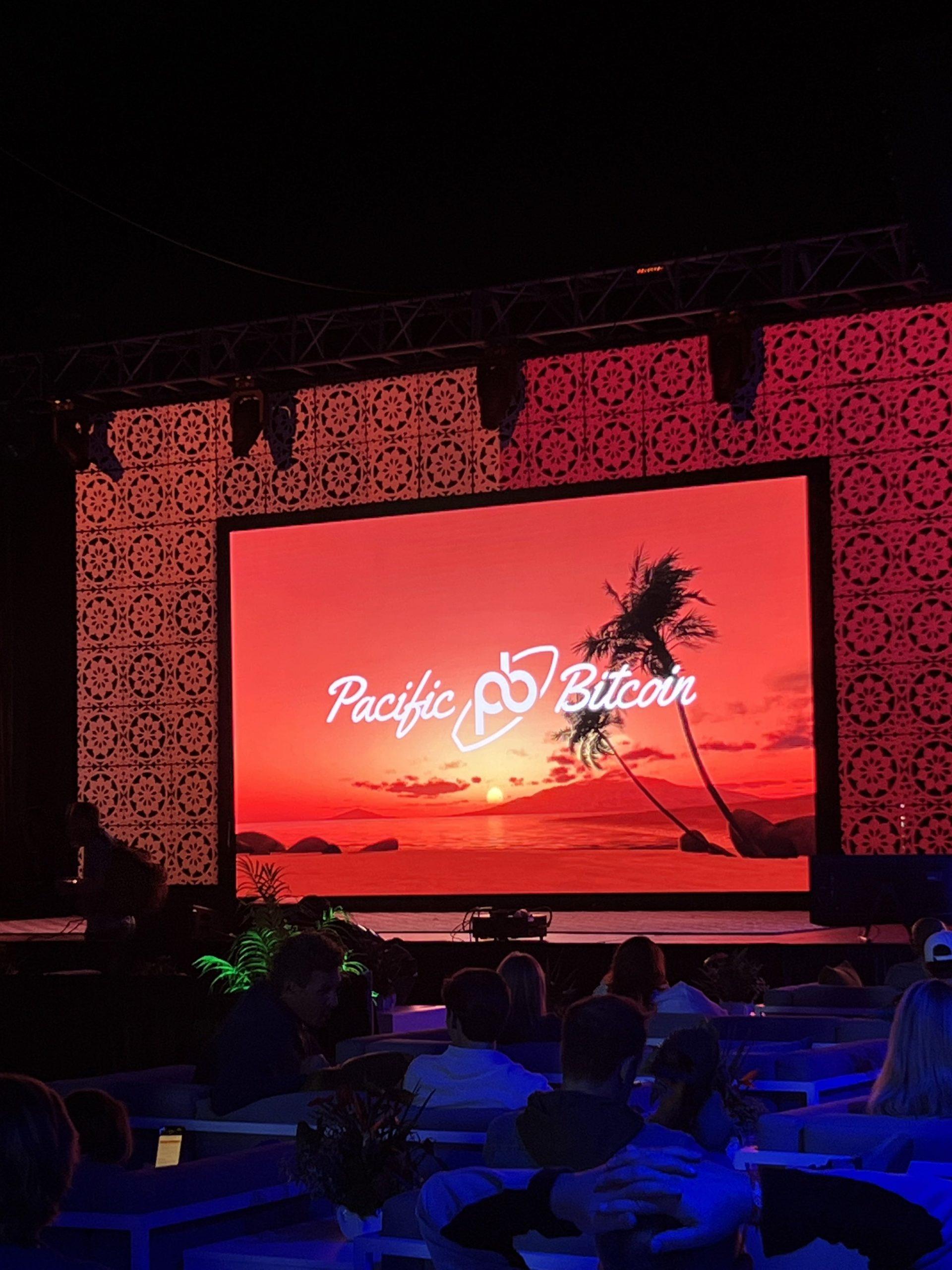 As you probably already know, Pacific Bitcoin(BTC) is one of the most highly anticipated Bitcoin(BTC) events of the year. There’s a special kind of energy buzzing around the room not just of Bitcoin(BTC) but about being a Bitcoiner.

The days leading up to Pacific Bitcoin(BTC) is a perfect metaphor for what being a Bitcoiner means and the kind of market Bitcoiners have experienced this year. It was pouring rain here in Southern California which left many locals caught off guard after months of sunshine. Many would say Bitcoin(BTC) is in its downpour season – Bitcoin(BTC) is about 60% year to date and down over 70% from its peak around a year ago.

But guess what… They persevered and found a way to get here anyway. Bitcoin(BTC) has produced blocks every 10 minutes for the past 13 years regardless of the economic climate its in. Yet another confirmation that Bitcoiners don’t let anything stop them – not the weather, or the market, or excuses. This kind of commitment is what separates Bitcoiners from the rest and ultimately makes this event the best days of the year to be a Bicoiner.

Here are a few of the things that stood out to me:

Bitcoin(BTC) is our hope

Bitcoin(BTC) is our Freedom

Alex Gladstein, Yan Pritzker and Craig Warmke were moderated by Joe Hall for a discussion around Bitcoin(BTC) as an instrument of freedom for humans around the globe. What might sound like an absurd statement, especially to those not involved in the space, was illustrated with examples of how friends, family members and loved ones are able to send and receive Bitcoin(BTC) anytime, anywhere without having to rely on a third party. Bitcoin(BTC) is freedom for those who suffered from the crisis in Turkey, the human rights activists in Iran whose bank accounts were terminated and the millions in third world countries who don’t have access to bank accounts. While the current financial system enslaves their users, Bitcoin(BTC) gives you the freedom to save and transact, irrespective of race, gender, and place of birth.

There is no second best

Peter McCormack along with a panel consisting of Lyn Alden, Allen Farrington and Yan Pritzker talked about how Bitcoin(BTC) is in a class of its own and the rest of “crypto” are speculative and misleading. They argued that the monetary theory of Bitcoin(BTC) is superior while “shitcoins” are used for pump and dump schemes. The “cryptos” are not as decentralized as you think and lack transparency. There is a lack of education in this space that has led to retail investors being dumped on and being used as exit liquidity like what happened with Celsius or now the FTX situation. There is no second best because Bitcoin(BTC) does what it needs to do, efficiently, be the base layer of a financial system. Bitcoiners and Bitcoin(BTC) companies are trying to educate others and ultimately build a better future while “crypto” companies are trying to enrich themselves.

Bitcoin(BTC) is our future

Coming from an immigrant family, Investor and entrepreneur Michelle Phan learned at a young age the power of money. Michelle shared with Natalie Brunell and the rest of the audience about growing up with a scarcity mindset which motivated her to work harder and create value for the world. Michelle stumbled upon Bitcoin(BTC) and began learning more and more about it and its potential. She believes that it is the future and believes that there is a lack of education in the space. Michelle is motivated to educate as many people about Bitcoin(BTC) because of how powerful Bitcoin(BTC) is and how it will enhance the lives of millions as a decentralized financial system.

Stay tuned for a recap of day 2 where we get to listen and learn from the gigachad himself, Michael Saylor. And if you haven’t done so already, make sure to checkout the host of Pacific Bitcoin(BTC) here at Swan Bitcoin(BTC)