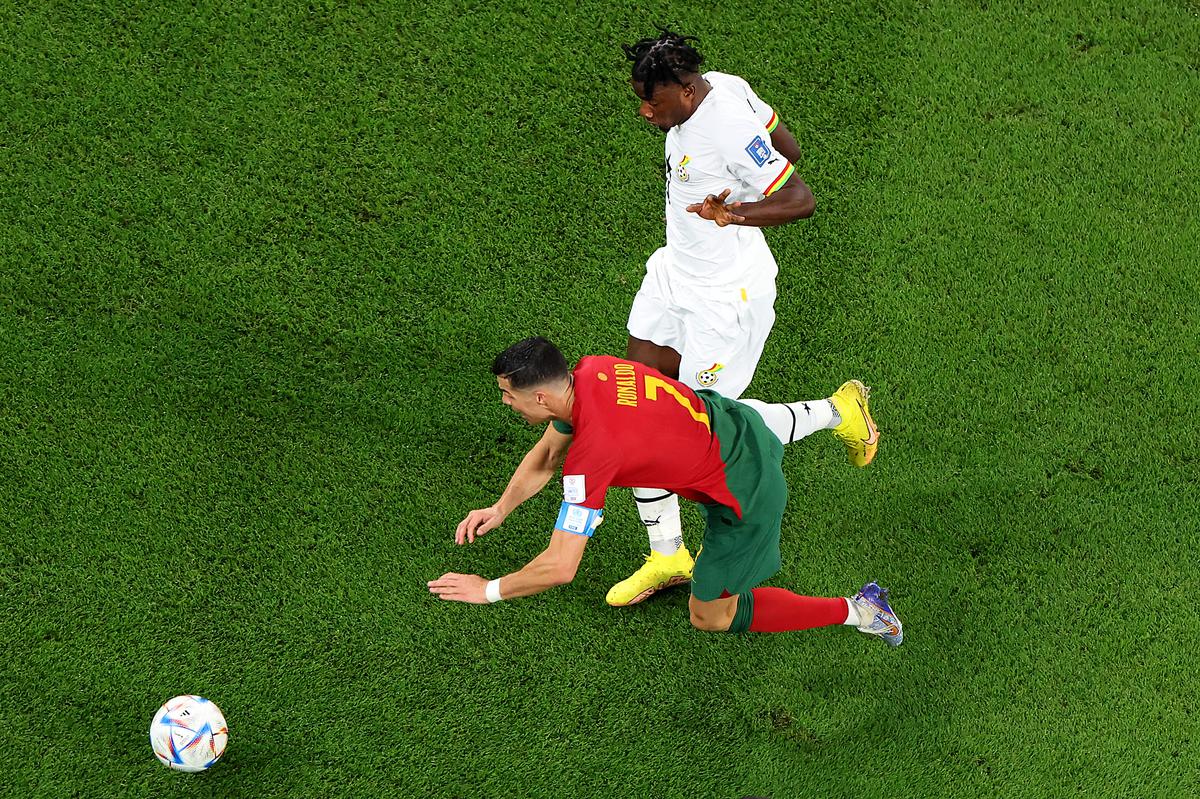 Portugal captain Cristiano Ronaldo went on to score his eighth goal at World Cups against Ghana in a Group H match at Stadium 974 in Doha on Thursday.

Ronaldo scored from the spot and became the first player to score at five World Cups in the process. However, the decision to award the penalty is being criticised by some on social media.

The Portuguese fell to the ground following a tackle from Mohammed Salisu. The referee awarded a penalty to Portugal and there was no subsequent VAR check.

There are also a few who have claimed that Salisu pushed the forward from behind, and the referee’s decision was a fair call.

Ronaldo was subbed off in the 87th minute as Goncalo Ramos came on.

Here are some of the reactions on the penalty decision:

Ronaldo was running away from goal. How’s that even a Penalty

Carlos thinks it was a dive

VAR should’ve checked that penalty incident. That touch was too weak to bring down a big man like Ronaldo. Dive!

Ronaldo was first to the ball

People saying that isn’t a penalty haha replay after showed Ronaldo poked it away first, contact with foot and push in back…

Never a penalty in a million years! #Ronaldo is the #GOAT of diving in this game. #Ghana cheated, their defender got the ball first! #VAR didn’t even seem to review it.

Sorry but that was no penalty for Portugal, Ronaldo played for that. I can understand why Ghana are upset. I think the refs have been awful no consistency in this world cup so far.

No, that shouldn’t have been given as a penalty, Ronaldo dived pic.twitter.com/cyMmke2Mcx

During the post-match show of the official broadcaster, former Portuguese professional footballer Luis Figo said: “I don’t think it was a penalty but I welcome it.”

Manchester United legend Wayne Rooney had a tongue-in-cheek reply. “I think Ronaldo has used all of his experience as a forward to get that penalty,” the 37-year-old said.