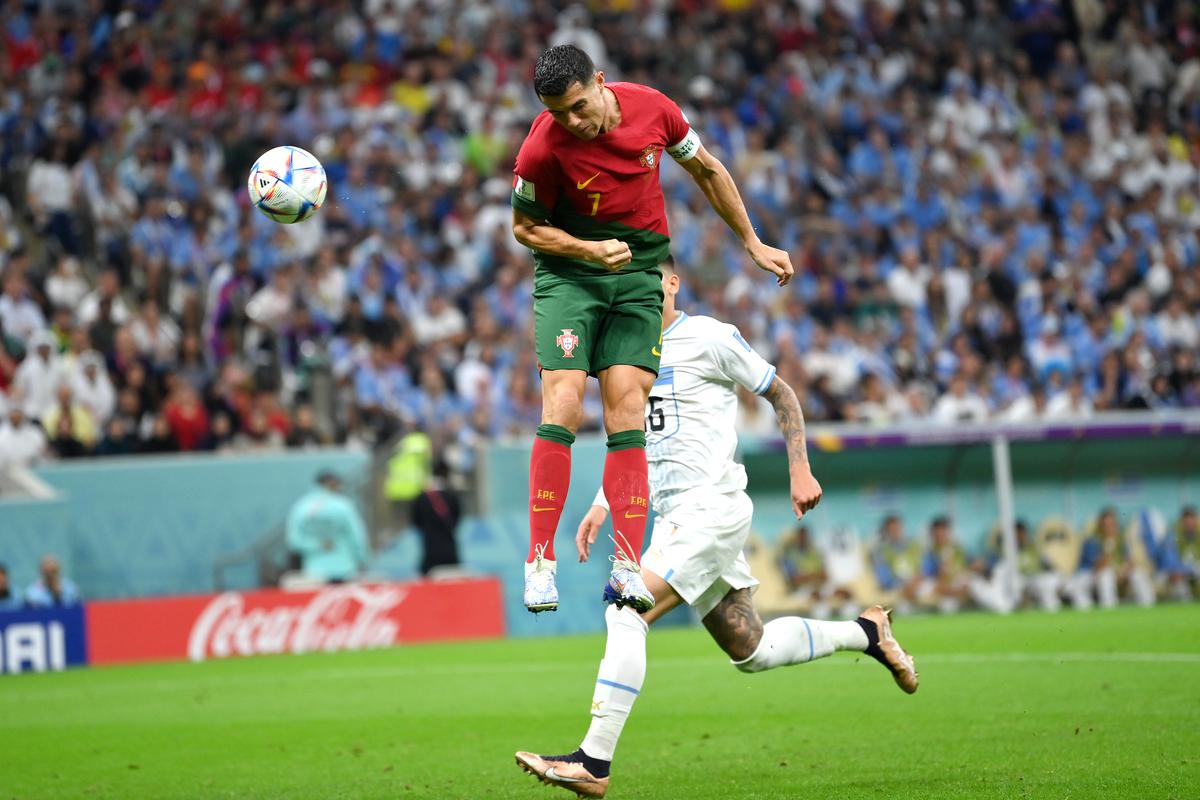 Adidas has announced that their technology has enabled them to prove Cristiano Ronaldo “definitively made no contact” with the ball for Portugal’s opening goal against Uruguay on Monday.

Ronaldo claimed a goal in the 54th minute of Portugal’s game against Uruguay but the goal was subsequently credited to teammate Bruno Fernandes.

Bruno Fernandes crossed the ball from the left side of the pitch and Ronaldo jumped the highest as the ball went into the goal. Replays later showed that Ronaldo had just missed connecting with the ball.

The goal would have levelled the former Real Madrid with Eusebio as Portugal’s highest goal scorer at World Cups. He would also have surpassed Lionel Messi in their race to more World Cup goals.

Announcement in the stadium credited the goal to Bruno Fernandes even as the official scorecard mentioned Ronaldo as the scorer.

The score line was later ratified and the goal official given to Bruno’s name.

Adidas’ statement read: “In the match between Portugal and Uruguay, using the Connected Ball Technology housed in Adidas’s Al Rihla Official Match Ball, we are able to definitively show no contact on the ball from Cristiano Ronaldo for the opening goal in the game.

“No external force on the ball could be measured as shown by the lack of ‘heartbeat’ in our measurements and in the attached graphic.

“The 500Hz IMU sensor inside the ball allows us to be highly accurate in our analysis.”

The Al Rihla – the official match ball for the Qatar World Cup, has a sensor suspended in its core to assist referees in detecting faint touches. This overall hopes to aid decisions made using the VAR technology and is the first ball in the tournament’s history to feature the technology.