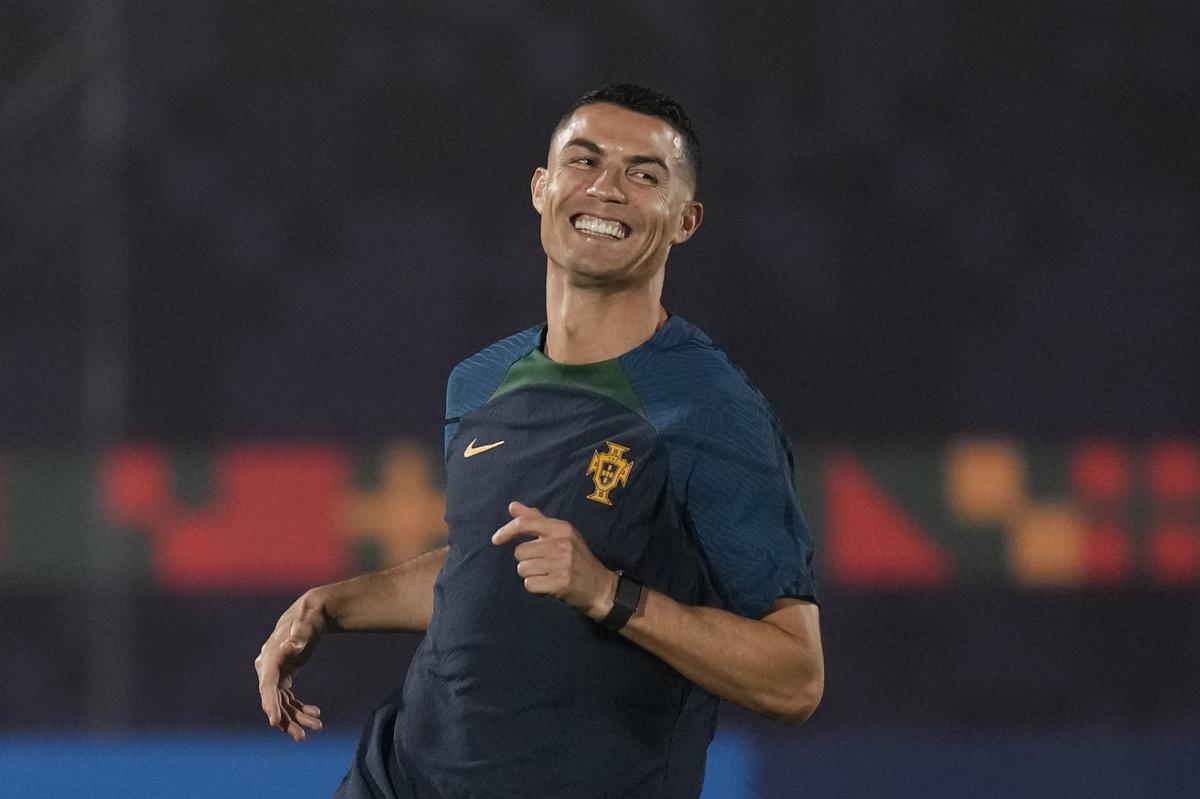 Welcome to Sportstar’s live coverage of the Portugal vs Ghana FIFA World Cup Group H game. This is Nihit Sachdeva taking you through the action as it unfolds at Stadium 974 in Doha, Qatar.

From the coach’s corner

“What can this team achieve? I have a very simple answer to that: the world title. I think it’s possible and so do my players, so that’s what this team can achieve.”

“Picking a team for the Portugal game won’t be easy, but that’s what I wanted. In a tournament like this it’s very important to have 26 players on whom you can rely.”

Portugal will be keen to let its football do the talking when it faces Ghana in its World Cup opener on Thursday amid controversy over Cristiano Ronaldo’s comments about Manchester United and tensions between the squad and the media.

Euro 2016 champion Portugal hammered Nigeria 4-0 in its last warm-up match before flying to Qatar, offering some encouragement to its fans after a poor run of form.

But Ghana – which reached the World Cup quarterfinals in 2010 – arrived on the Arabian Peninsula with wind in its sails too after beating Switzerland 2-0 in a friendly.

The match at the 974 Stadium in Doha gives the sides the chance to lay down an early marker in Group H, which also includes Uruguay and South Korea.

There is also talk of tension in the squad and worries among fans that the team is too focused on serving captain Ronaldo, who at 37 is past his prime.

“The environment in the changing room is excellent. No problems,” five-times Ballon D’Or winner Ronaldo said on Monday. “The group is shielded. And I take this opportunity to say: stop asking about me.” But the chances of Ronaldo stepping out of the spotlight look slim in the wake of an explosive TV interview in which he said he had been betrayed by Manchester United, prompting speculation that he will soon leave the club.

He led Portugal to triumph at Euro 2016 but World Cup glory has eluded him and Qatar represents his last chance.

Some fans say the time has already come for Ronaldo to step aside and let talent such as fellow Manchester United players Bruno Fernandes and Diogo Dalot and Manchester City’s Bernardo Silva, Ruben Dias and Joao Cancelo take centre stage.

Lining up against them for Ghana are likely to be Arsenal midfielder Thomas Partey, Leicester City defender Daniel Amartey and Athletic Bilbao striker Inaki Williams.

Coach Otto Addo, Ghana’s third manager in 12 months, has sought to rebuild the team after a disastrous showing at the Cup of Nations in early 2022, bringing in more European-born players such as Brighton & Hove Albion wingback Tariq Lamptey.

But his plans suffered a setback when both of his leading goalkeepers suffered injuries, meaning third-choice Lawrence Ati-Zigi, who plays at St Gallen in Switzerland, will be entrusted to keep out Ronaldo and his colleagues on Thursday.

The teams met at the 2014 World Cup in Brazil when Portugal won 2-1 thanks to a late winner by Ronaldo.

Portugal vs Ghana – Kick off, telecast and live Streaming info

Where will the Portugal vs Ghana World Cup match kick-off?

Portugal vs Ghana match will kick-off at Stadium 974.

When will Portugal vs Ghana World Cup match kick-off?

Where can you watch Portugal vs Ghana match in India?

Portugal vs Ghana World Cup match will be telecasted live on Sports18 and Sports18 HD. On Android and well as iOS, the 2022 FIFA World Cup will be live streamed on JioCinema.

Where can you watch the Portugal vs Ghana match outside India?