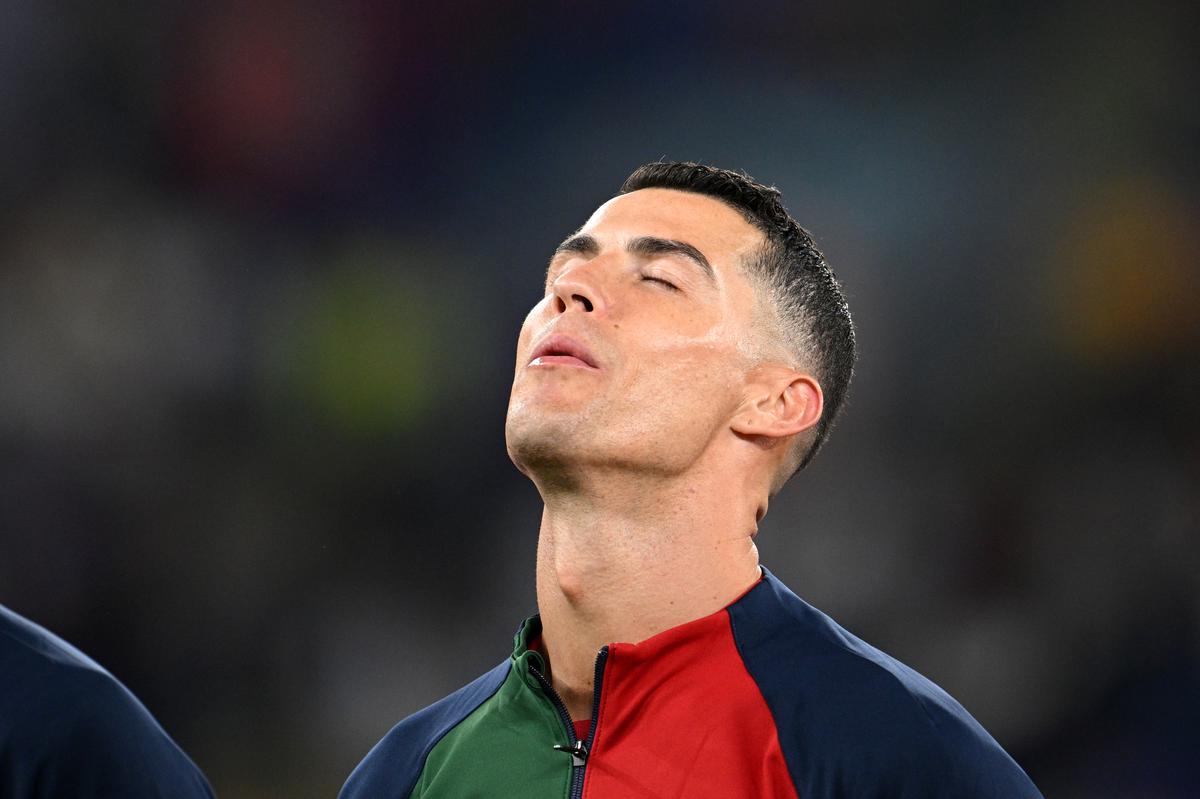 Portugal captain Cristiano Ronaldo gets emotional during the Portugal national anthem ahead of a FIFA World Cup Group H match against Ghana.

This is the first match Ronaldo features in as a free agent after Manchester United let him go following an explosive interview with Piers Morgan.

Ronaldo has scored just seven goals in 17 World Cup appearances, including a hat-trick against Spain in the 2018 edition of the marquee event.

Since making his debut for Portugal in 2003, Ronaldo has netted 117 goals in 191 international appearances, making him the world record holder for most international goals, surpassing Iranian legend Ali Daei.