T20 World Cup: With deficiencies in batting and bowling, India falls short in an ICC event yet again 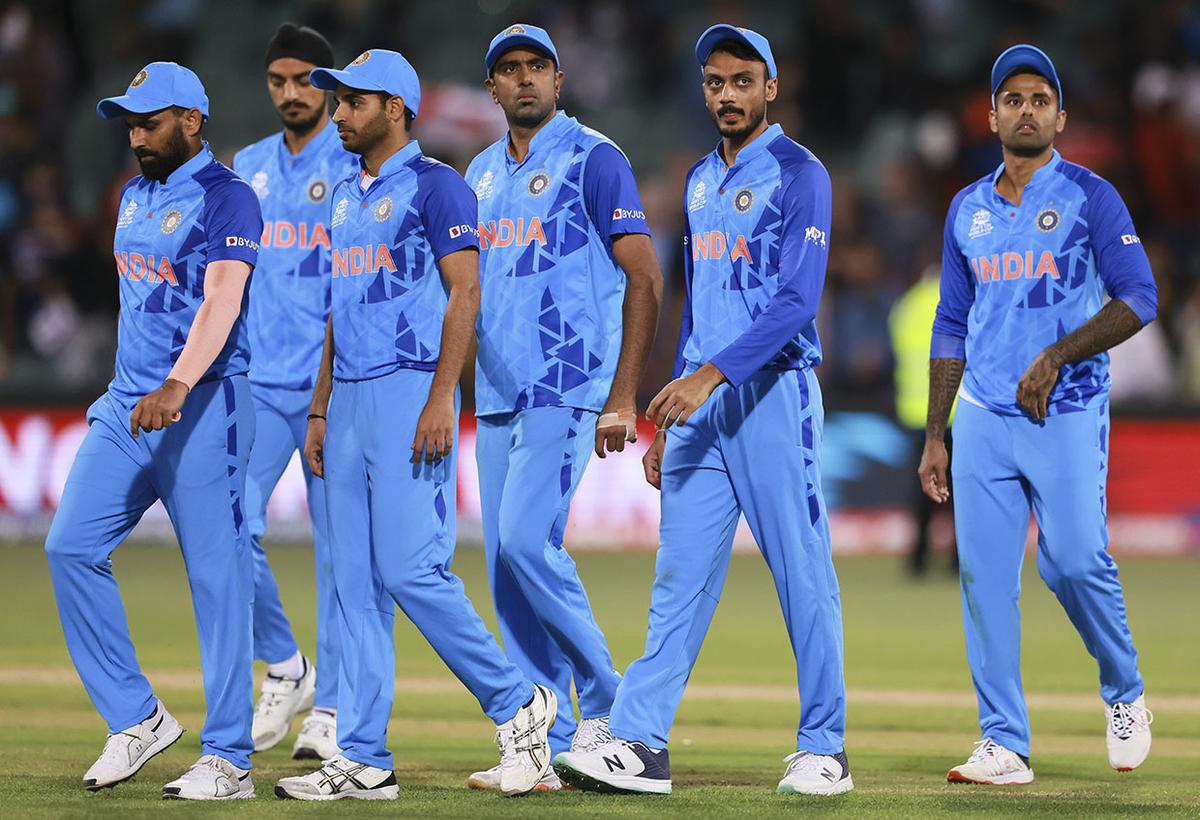 A rousing start, the odd stumble, the stately march and then the timid whimper defined India’s campaign in the ICC Twenty20 World Cup. The high notes were the triumphs against Pakistan and Bangladesh, especially when factoring in that these skirmishes were headed the neighbours’ way.

However, it all turned lopsided in the semifinal against England at the Adelaide Oval. After the despair of defeat slowly waned, return tickets back home were advanced and the Men in Blue went their different ways. Another ICC trophy was missed and India’s title drought in multi-nation events continues to stretch interminably. This isn’t exactly like South Africa’s pronounced false steps in big-ticket events which invites the ‘chokers’ tag, but there is an issue with Indian cricket.

India offers excellence in bilateral cricket while eating humble pie often at the business end of ICC events, be it the ODI World Cup, the Test Championship, or the T20 World Cup. It was a lacunae that Rohit Sharma wanted to address, and he is aware of what he is dealing with. During the 2019 50-over World Cup in England when, despite his then Bradmanesque run, India crashed out in the semifinal, Rohit looked distraught.

And this time around, he looked equally downcast after his England counterpart Jos Buttler and his partner Alex Hales ran away with a 10-wicket victory. This wasn’t the climax that coach Rahul Dravid and the squad expected. After failing during last year’s T20 World Cup in the United Arab Emirates, India crashed out of the recent Asia Cup at the same venue but there was an effort to stem the downward spiral.

The squad arrived in Australia well ahead of time, stationed itself at Perth, played warm-ups, and got acclimatised to cricket’s rhythms and life’s patterns Down Under. Roles seemed fixed and despite apprehensions over the lack of collective game time between the top three – consisting of Rohit, his deputy K. L. Rahul and Virat Kohli – the think tank insisted on this trio helming the batting tree.

Another facet they were convinced about was the relevance of Dinesh Karthik over Rishabh Pant for the wicket-keeper-cum-finisher slot. And as it played out during the tournament, Rohit and Rahul never strung a vital partnership. Individually, they had their moments: Rohit struck a lone fifty and Rahul, after starting poorly, managed to strike two half-centuries. But as a pair they failed. It meant that the pressure to deliver was enormous on Kohli and Suryakumar Yadav. Perhaps the silver lining would be the form that Kohli (296 runs averaging 98.67) displayed and the chutzpah and mind-boggling array of shots that Suryakumar (239 with a strike-rate of 189.68) unveiled. Below them Hardik Pandya had two decent hits with the bat while the rest just didn’t add up.

If batting is India’s presumed strength, it wasn’t revealed in all its grandeur at the championship. Two batters being consistent while others played bit-parts around them just doesn’t augur well for the team. It was a flaw that could prove fatal and it did against England, which was enjoying a second wind in the tournament after nearly fluffing its lines in the league phase because of a loss to Ireland.

The old template of ‘spread roots and then flower’ which perhaps works in ODIs is no longer congruent with the breathless pace that T20s set. India, with its sluggish rates in the Powerplays, never really set the tempo, which Kohli to some extent and Suryakumar, who played the lead act often, revived, lending it the electric charge. The triumph against Pakistan was due to Kohli’s brilliance. This was one man raging against his earlier lukewarm phase with the bat and equally being conscious about the need to get past an old rival. In other games too he largely performed but it is an accepted fact that Suryakumar is now considered the bigger willow-wielder in T20Is. It is a remarkable stature to have when Rohit and Kohli are still around. Gladiators: Virat Kohli and Suryakumar Yadav lit up the T20 World Cup with their excellent performances. It is an accepted fact that Suryakumar is now considered the bigger willow-wielder in T20Is. It is a remarkable stature to have when Rohit and Kohli are still around.
| Photo Credit: AFP

As for the musical chairs between Karthik and Pant, the former shared a brief but vital partnership once with Kohli but his own individual runs petered out. When he tried to hustle, Karthik found the fielder and when he wanted Kohli to retain the strike, especially against Bangladesh, the batter was left stranded in an unfortunate run-out. It forced the management to field Pant against Zimbabwe and England but he, too, didn’t click with the bat.

If the batting – with Kohli papering over the cracks and Suryakumar lending adrenaline – masked underlying deficiencies while India topped Group 2, the bowling had issues, too. The injured Jasprit Bumrah’s absence was felt. Arshdeep Singh did reasonably well but he also has a tendency to spray the ball around a bit. But as a young left-arm fast bowler, he remains vital and can only get better.

Bhuvneshwar Kumar, never the one with express pace but high on swing and seam, clicked when he got his radar correct. But against England, he offered width and with his relative lack of speed, Buttler creamed him for three fours in the first over of the chase. England never looked back. Mohammed Shami bowled tight overs but against England, he, too, faltered.

Among the spinners, R. Ashwin largely did well until running into the Buttler-Hales combine while Axar Patel’s left-arm spin found consistent support from the management. Whether he lived up to this trust is another story while Yuzvendra Chahal was inexplicably benched throughout the tournament.

Twenty20s is also about agile fielding. With Ravindra Jadeja missing out due to injury, India has only one world-class fielder in Kohli while among the rest, some are effective while a few remain sluggish. All these blemishes were overcome as collectively the team pushed itself, and wins were secured against Pakistan, Netherlands, Bangladesh and Zimbabwe while against South Africa there was a stumble.

India remains a strong unit, always capable of pushing into the last four but beyond that, there seems to be a roadblock. The latest ICC event reiterated that.