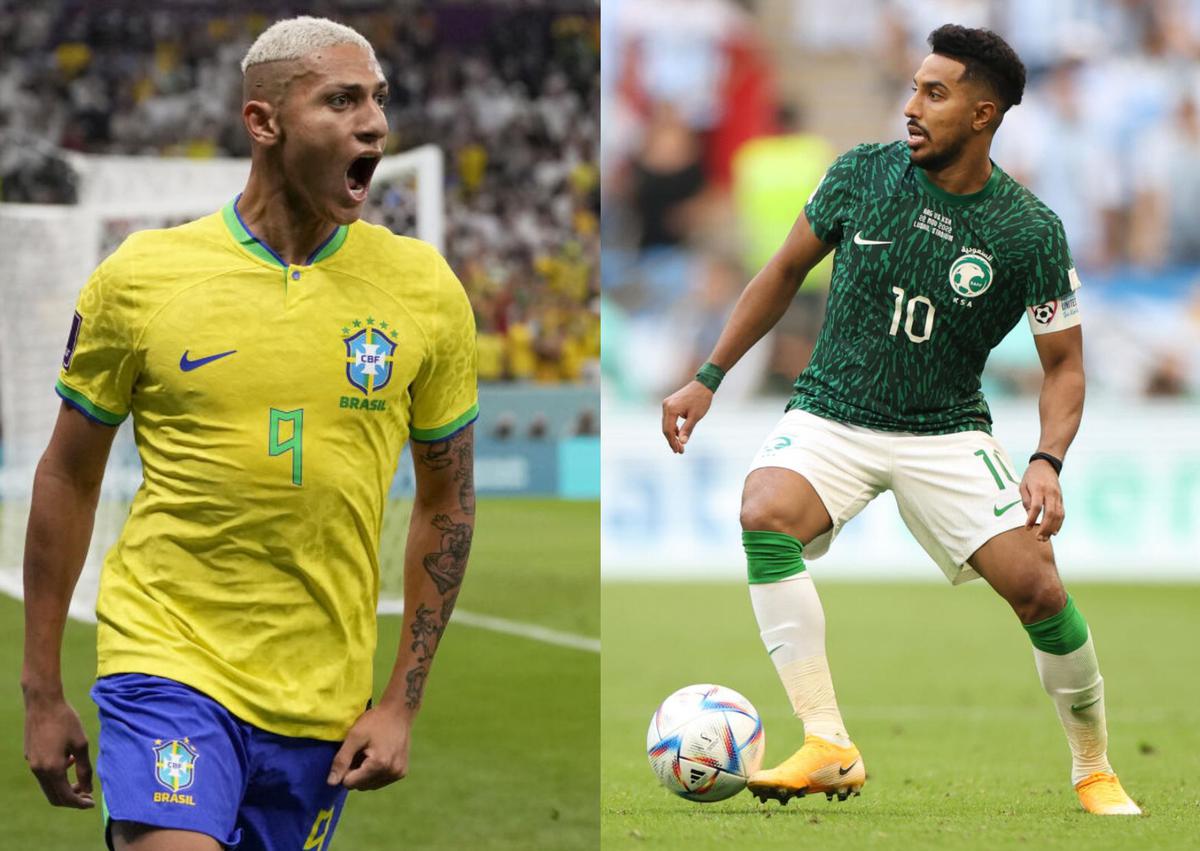 FIFA World Cup 2022 in Qatar has seen some of the most stunning goals. Here are our top five picks at the end of round one.

Saudi Arabia will not forget this goal for a long time. Coming back from a goal down, the Saudis beat mighty Argentina 2-1, thanks, in part, to skipper Salem Al-Dawsari. The attacker brought a loose ball down with a stunning touch, turned, and dribbled past a challenge before unleashing a rasping curler past Emiliano Martinez.

Was this Al-Dawsari strike the pick of the goals from the first round of group stages? 🚀#FIFAWorldCuppic.twitter.com/s9YFpSFWQV

Also Read | Who is Al Dawsari?

Richarlison had a memorable World Cup debut when he scored twice in Brazil’s opening win over Serbia. The second goal was thing of beauty. When the ball was swung into the box, Richarlison set it up with a touch before unleashing a stunning bicycle kick to send the sea of yellow behind him at Lusail Stadium into raptures.

Richarlison! What have you done?! 🤯#FIFAWorldCup | @richarlison97pic.twitter.com/kCKFdlINXq

Japan downed the four-time champion Germany in another World Cup upset. The winner came from Asano when he pulled down a long ball with a majestic first touch to bring it into his path, took another touch to set himself up, and thundered the ball past goalkeeper Manuel Neuer.

England capped off a fine evening with a superb team goal in the win over Iran. The Three Lions’ dominance was summed up in their final goal of the evening when Jack Grealish finished off a 35-pass move – the longest build-up to a goal in a World Cup on record since 1966. Grealish’ s goal involved all 11 England players and spanned 87 seconds before Callum Wilson unselfishly set up the Manchester City attacker for a simple tap in finish.

Gavi’s stock continues to rise. The 18-year-old became the youngest goal-scorer in World Cup history since Brazil’s Pele in the 1958 final. Alvaro Morata played in an inviting loopy cross into the edge of the box, which Gavi came to meet with the sweetest of volleys. He struck the ball into the right bottom corner as it ricocheted off the post before nestling into the net.