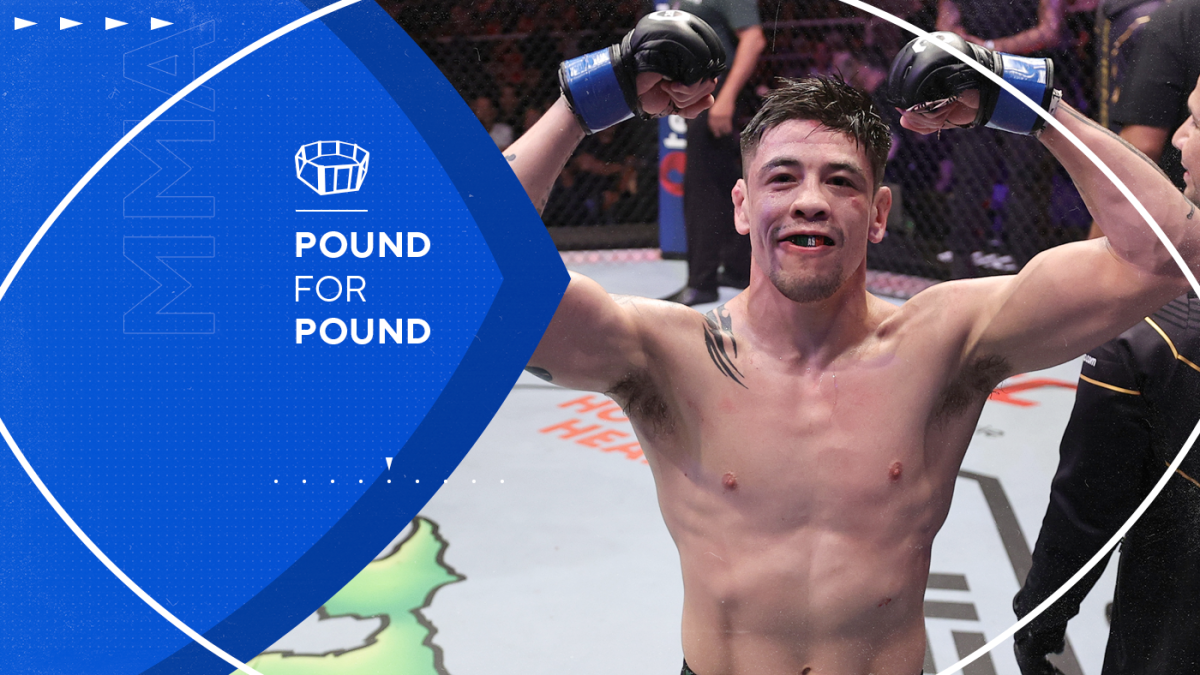 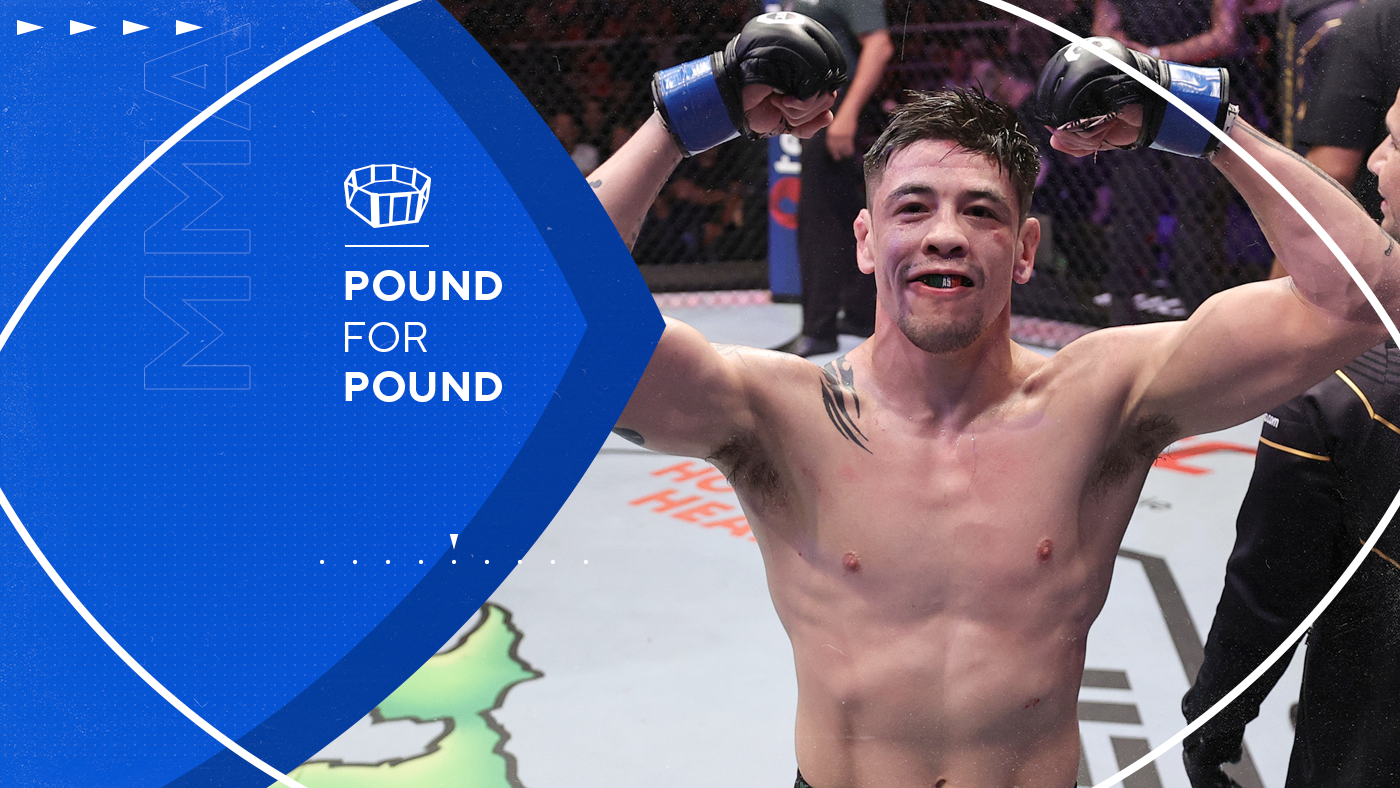 It may have taken four meetings with the always dangerous Deveison Figueiredo to get there, but Brandon Moreno appears to have separated himself from the pack as the next great UFC flyweight to follow in the footsteps of Demetrious Johnson and Henry Cejudo.

Moreno, the first Mexican-born champion in UFC history, regained his 125-pound title at UFC 283 in Brazil on Jan. 21 with a third-round TKO of Figueiredo, in what is expected to be the final meeting of their historic quadrilogy.

The gambling scandal surrounding former UFC fighter and coach James Krause forced Moreno to switch camps ahead of the biggest fight of his career, joining forces with Sayif Saud of Fortis MMA in Dallas. But Moreno was able to limit the distractions by routinely beating Figueiredo to the punch while adding the constant threat of his takedowns to gain the upper hand.

Can’t get enough boxing and MMA? Get the latest in the world of combat sports from two of the best in the business. Subscribe to Morning Kombat with Luke Thomas and Brian Campbell for the best analysis and in-depth news, including reaction to everything that went down at UFC 283 below.

Not only did Moreno improve to 2-1-1 in his rivalry with Figueiredo, both of his victories came via stoppage in largely one-sided fights. For a fighter who was once cut by UFC in 2019, Moreno’s steady evolution has been a revelation to behold.

That doesn’t mean Moreno’s immediate future as champion will be easy, especially considering the very dangerous Alexandre Pantoja, who owns a pair of prior victories over Moreno (including a submission victory on “The Ultimate Fighter” in 2016), is likely next in line for a title shot.

Using a criteria that takes into account everything from accomplishments to current form, let’s take a closer look at the top fighters inside the Octagon.

With respect to Jose Aldo, Volkanovski took one step closer to featherweight G.O.A.T. status by leaving former champion Max Holloway a bloody mess in their trilogy bout. With four title defenses, Volkanovski has made the division his own and will look to chase history in February by moving up to lightweight to challenge Islam Makhachev.

Usman looked on his way to a sixth title defense and a tie with Anderson Silva for consecutive UFC wins until a miraculous head-kick knockout from Leon Edwards in Round 5 shocked the world at UFC 278. A trilogy bout is set for March 18 in London where the 35-year-old Usman, who yielded the first takedown of his career in the opening round against Edwards, will get his shot at redemption.

In the first UFC bout between fighters riding win streaks of 10 or more, Makhachev made his 11th win his most memorable one by dominating Charles Oliveira to start a new reign at 155 pounds. No longer can critics argue his level of competition. Up next, Makhachev begins his title reign in Australia on Feb. 11 when he faces featherweight champion Alexander Volkanovski.

Despite leading on all three scorecards in his UFC 281 title defense against long-time kickboxing rival Alex Pereira, Adesanya succumbed to a fifth-round stoppage for his first loss at middleweight inside the Octagon. An immediate rematch is likely despite the fact that Pereira now owns three victories over Adesanya across two combat sports.

One fight after shutting his critics up by outpointing Petr Yan in their title rematch, Sterling’s second title defense produced largely inconclusive results. While history will always show a second-round TKO win for Sterling against TJ Dillashaw, the former champion entered with a badly injured shoulder that was reaggravated seconds in.

At 35, making a late transition from kickboxing into MMA, it was hard to project just how good the Brazilian slugger might be. But just four fights into his UFC career, “Poaton” lived up to his “hands of stone” moniker by stopping middleweight king Israel Adesanya in Round 5 to capture the 185-pound crown in November.

The unpredictable Prochazka achieved his full due of critical respect after extending his win streak to 13 in a dramatic and savage fifth-round submission of Glover Teixeira at UFC 275. But Prochazka, who is 23-1-1 since 2013, suffered a serious shoulder injury which pulled him from the rematch and led to him vacating the belt. A late 2023 return could be in the cards depending upon the length of his recovery.

Was the Brazilian finish machine’s one-sided title loss to Islam Mahkachev the result of a bad stylistic matchup or did Oliveira’s reckless and dramatic ways finally catch up to him? Either way, the 33-year-old will be forced to regroup after a remarkable 11-fight win streak that won’t be forgotten anytime soon.

A true life “Rocky” story played out in front of the eyes of MMA fans when the often overlooked Edwards rallied to stop Kamaru Usman in dramatic fashion at UFC 278. Edwards extended his unbeaten streak to 11 fights since his 2015 defeat to Usman and now sets for a trilogy fight in London against Usman at UFC 286 in March.

“The Assassin Baby” appears to have found some closure in his four-fight series with Deveison Figueiredo after Moreno dominated the Brazilian slugger, in Rio de Janeiro, to reclaim the 125-pound title via third-round TKO at UFC 283. At 29, Moreno has rounded out his game beautifully, even after a late change in trainers following the UFC banishment of James Krause.

Nunes soundly outpointed a stubborn Julianna Pena at UFC 277 to regain her 135-pound title and remind everyone of her G.O.A.T. ways. The victory was also a big one considering Nunes, after leaving American Top Team, started her own gym and changed her style. A rumored bantamweight title defense against Irene Aldana is targeted for UFC 285.

The combination of Nunes’ comeback win and Shevchenko struggling in a disputed decision against Taila Santos dropped the 125-pound champion from the top spot. She may get a shot at leaving no doubt for good, however, should UFC move forward with a trilogy fight against Nunes at bantamweight. Up first, however, is a March title defense against Alexa Grasso.

A baffling strategy of defensive circling led to Namajunas surrendering her 115-pound title to inaugural champion Carla Esparza in their May rematch. Namajunas was barely touched in her unanimous decision loss. An inevitable trilogy looms with new champion Zhang Weili, whom Namajunas has defeated twice.

The first Chinese-born UFC champion regained her 115-pound crown by dominating Carla Esparza at UFC 281 via second-round submission. The victory showcased Zhang’s continued improvement in her grappling game yet she won’t truly gain recognition as the best strawweight in the sport until she can avenge a pair of losses to Namajunas.

The Brazilian slugger, and former 115-pound champion, moved back up to flyweight in January and brutalized veteran contender Lauren Murphy over three rounds. Andrade remains a threat to the title in two divisions after extending her dominant win streak to three.