Uruguay vs South Korea LIVE, FIFA World Cup: Schedule, when and where to watch, streaming info 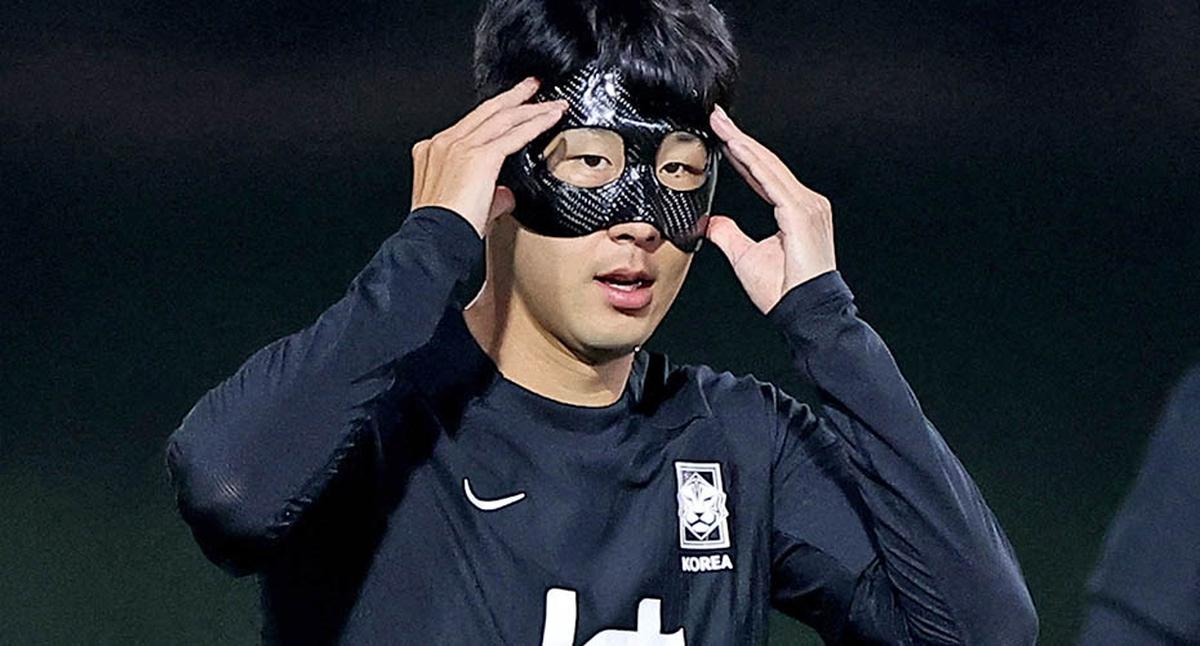 Hello and welcome to Sportstar’s live coverage of the FIFA World Cup group H match between Uruguay and South Korea happening at the Education city stadium.

South Koreans will be anxiously awaiting news of whether captain Son Heung-min is available when they need him most, as the Asian giant starts its World Cup campaign on Thursday against a Uruguay side with a track record of deep runs in the tournament.

The Tottenham Hotspur forward sustained multiple fractures around his left eye three weeks ago and has been training in Qatar wearing a black protective mask reminiscent of swashbuckling vigilante Zorro.

Group H also includes Portugal and Ghana, meaning Son’s unrelenting threat and firepower against an uncertain Uruguayan defence will be vital for South Korea to pick up some crucial early points by negating Uruguay’s attacking flair.

“We should check and analyse day by day, let him come,” Bento said in the run-up to Qatar.

“We have time to make the right decisions and the best decisions for all of us.”

Son is eager to play, wary of the possibility of further injuries from a premature return, last week saying he was “more than willing to bear those risks”.

Uruguay is once again the dark horse of the tournament, with a squad that combines a trusted old guard of players age 35 or above, with exciting young talent eager to make their mark in their first World Cup.

They includes Liverpool’s record signing Darwin Nunez, who is expected to be paired up front with the ageing Luis Suarez, a key component in Uruguay’s impressive march to the semi-finals in the 2010 World Cup.

Nunez at 23 is 12 years younger than Suarez and fellow forward Edinson Cavani, who play in their fourth World Cup, as does captain and most capped player Diego Godin.

Among 13 debutants will be Real Madrid’s versatile midfielder Federico Valverde and Manchester United’s Facundo Pellistri, who link up with Tottenham’s in-form Rodrigo Bentancur in a midfield for which Uruguay’s squad has plenty of depth.

Coach Diego Alonso sees the yawning age gap as a boon and believes Uruguay could even win this World Cup, as they did in 1930 and 1950.

That could be a tall order and commentators have noted frailties at the back that South Korea could exploit, particularly in the centre, while there is no word yet on whether Barcelona’s Ronald Araujo is available after undergoing thigh surgery.

Uruguay has reached 14 World Cups and South Korea 11, but neither has a good record in their opening match, with the Asian side losing or drawing in their last two World Cups and Uruguay unable to win its openers in six of its last seven editions.

When and where will the Uruguay vs South Korea, FIFA World Cup 2022 match take place?

The Group H match between Uruguay and South Korea will take place on November 24 at 6:30 pm IST at the Education City Stadium.

Where to watch the live telecast of Uruguay vs South Korea in the FIFA World Cup 2022 in India?

The live telecast of the Group H match between Uruguay and South Korea will be available on Viacom 18-owned Sports18 in India.

Where to watch the live stream of Uruguay vs South Korea in the FIFA World Cup 2022 in India?

The live stream of the Group H match between Uruguay and South Korea will be available on Voot, Jio Cinema in India.