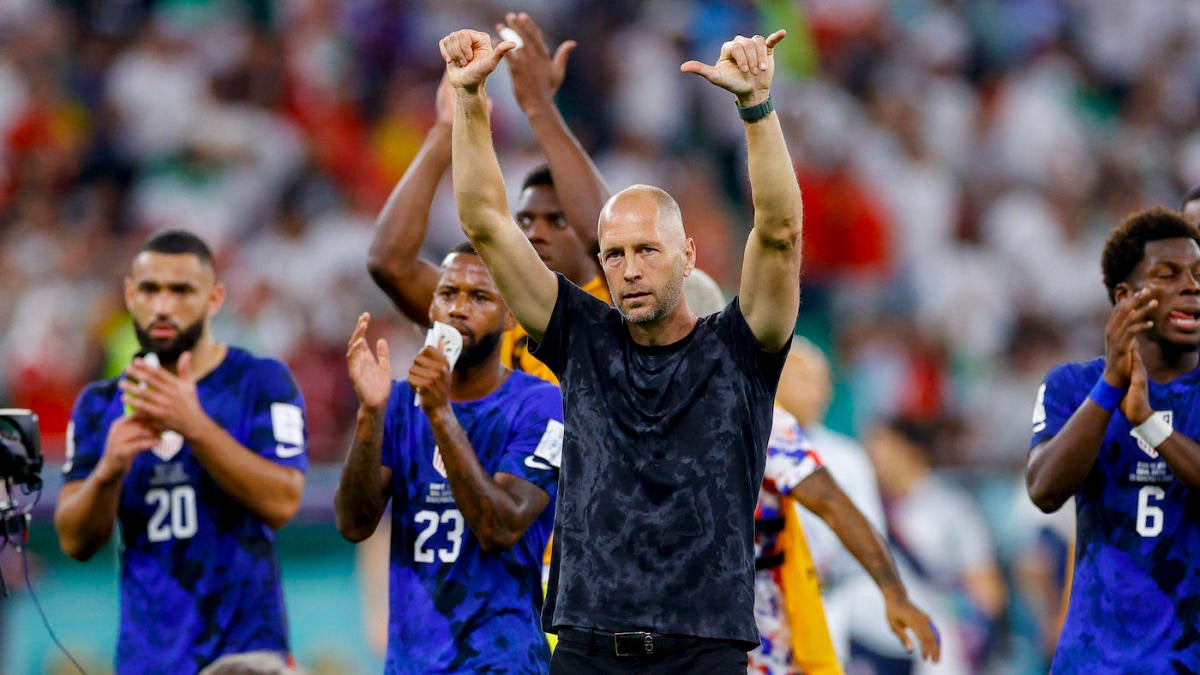 The United States men’s national team got the job done on Tuesday, beating Iran 1-0 in their last group stage game to advance to the World Cup’s round of 16. Christian Pulisic was the hero, and though he came off injured, he scored the game’s lone goal as the red, white and blue will now face the Netherlands on Saturday with a spot in the quarterfinals on the line.

It was another positive performance for the U.S., building off of the draw against England to top the talented Iranians. The Americans have advanced from their group at their last three World Cups and four of their last five.

Gregg Berhalter’s starting XI featured all players who play for European clubs. It was the first time in a World Cup game that no MLS players were selected since the league was born in 1996. Shaq Moore (for Timothy Weah), Walker Zimmerman (for Sergino Dest) and Kellyn Acosta (for Weston McKennie) were introduced in the second half and avoided a complete MLS shutout from this game.

But how did they all play? Here are our player ratings — and while you’re at it, sign up for our new newsletter covering the beautiful game in all its glory, including daily updates about the World Cup, here.

Didn’t have to make a single save. Was largely a spectator but did all of the smart things like eating up clock when he could. He was always ready for whatever came his way, but it was largely nothing.

Largely a liability in defense, as is often the case, but he must be credited for his fine header across the face of goal to assist Pulisic’s winner. He continues to offer more going forward, and this was his moment to step up in a big way with a great run.

The surprise starter at center back, he’s probably earned more minutes with that performance. He didn’t commit a single foul, he played smart, and while there was worry about a penalty kick late, he didn’t come close to really committing one. A confident display.

Held his ground well against Iran’s talented attackers, poking away a crucial ball 20 minutes in. Looked strong in the air as well. Didn’t even have to make a tackle on the night.

He’s really emerging into a young star in this team. The effort is always there, but he also played in some good crosses that nobody could get on the other end of. He recovered the ball nine times and just was always calm when it mattered.

He’ll never wow you with his stats, though he did win all three of the tackles he attempted, but he’s just the kind of leader that every team needs. From telling Ream to slow it down early on to wasting a bit of time with a little confrontation late, he is the captain this team depends on.

Pretty solid, but there was always a worry he would give the game away with poor passing. He did not get to split the lines with his dribbling, but the hustle and heart was there to set the tone with this tackles and pressure.

Set up the first goal with a sensational pass to the back post, finding a streaking Sergino Dest. It was the perfect pass. Came off early in the second half, but it is unclear if it was due to injury. Worth keeping an eye on.

Some decent hold-up play, but little else. Was subbed off with an injury in the second half after stepping on the ball and looking like he hurt his ankle. Status unclear for Saturday.

A nice early run at goal where he should have passed it, but he ended up losing it. Came up big late in the half with a strong touch in front of goal to score the opener. Taken to hospital with an abdominal injury, which could jeopardize his status Saturday against the Dutch. Time will tell.

A night of what-ifs? Had a golden chance on a loose ball in the box in the first half and headed it right at the goalkeeper in a shocking waste. Then he wasted another good look in the box minutes later. Did have a goal called back due to offside. His runs were solid though.

Held up the ball well in the second half but never had the chance to look dangerous in attack.

Came in for McKennie and did just enough. Nothing flashy, but he was effective.

Offered nothing. On a counter, he should have taken the ball to the corner to waste time.

Came in as the third center back and headed the ball out a couple of times.

He deserves credit for hitting their second goal. The first was qualifying for the World Cup, the second was getting out of the group. All that follows is just icing on the cake. His substitutions didn’t pan out all that well, and the injuries are a huge concern moving forward, but they finished the group stage undefeated and with just one goal conceded. That’s impressive. RATING: 7.5